​Crystal Palace have joined the race to sign highly rated River Plate right-back Gonzalo Montiel in the next transfer window, but will face stiff competition from Premier League rivals Southampton and West Ham, as well as some notable Serie A heavyweights.

Montiel has readily impressed during his time at River, making 91 appearances for the club and helping them to the Copa Libertadores trophy in 2017/18, while earning four senior caps for Argentina along the way.

The 23-year-old has been tipped for a move to Europe this summer and there will be a long list of suitors vying for the defender's signature whenever the transfer window opens. 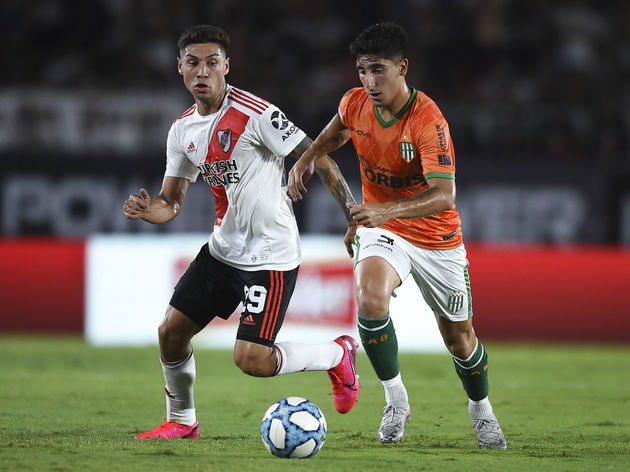 According to ​Goal, not only do Premier League pair ​Southampton and ​West Ham want the Argentine, but Roy Hodgson's Palace are also in hot pursuit, while Serie A sides Roma and Inter have also been touted with a move for Montiel.

A reported £18.5m release clause in Montiel's contract with River has only fuelled rumours linking him with a move away from South America this summer, with the Argentinian side unable to stop the full-back leaving if the fee is met.

​Palace have struggled with defensive injuries this term and have failed to replace right-back Aaron Wan-Bissaka following his blockbuster move to ​Manchester United last summer. As a result, the Eagles may be eager to dip in to their pockets in the next transfer window and provide Hodgson with a little more strength in depth across his backline.

Palace were close to signing young ​West Brom defender Nathan Ferguson in January but an expected deal fell through following issues that arose in the 19-year-old's medical.

Hodgson's men are currently sat 11th in the ​Premier League table as football takes a break following the spread of the coronavirus, and are sat 12 points off the bottom three with nine games to play.