​Tottenham manager Jose Mourinho is willing to let left-back Danny Rose leave the club in the next transfer window, with a permanent move to Newcastle looking most likely at present.

Rose joined the Magpies in January on loan - a deal which could be extended to whenever the season eventually finishes - and he has made six appearances since his move to St. James' Park.

Both Newcastle and Rose are seemingly happy with the current situation and the Magpies are set to make a permanent offer for the English defender when the transfer window opens, with Spurs unlikely to stand in their way. According to the ​Northern Echo, Mourinho is more than happy to let ​Rose go having previously indicated that the 29-year-old is not part of his future plans in north London, with senior officials at the club agreeing to part ways with the left-back.

​Newcastle have been happy with Rose since his arrival on Tyneside and Magpies boss Steve Bruce and his backroom staff have agreed that signing the experienced defender would be a sensible move.

Rose appears to be settled at Newcastle and is seemingly willing to join the club when his current loan deal expires, while also hoping that a permanent move would increase his game time and help him re-establish himself as one of the ​Premier League's most competent left-backs. 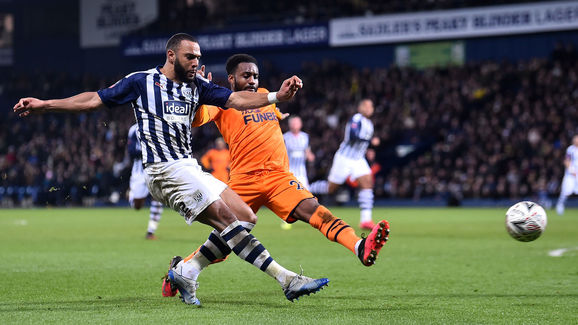 The 29-cap England international's £60,000-a-week wages are, as noted by the report, 'unlikely' to be an issue for Newcastle, while ​Spurs are willing to accept a reasonable offer for Rose as they would like to get rid of the defender whose contract expires in June 2021.

While there will likely be a number of clubs vying for his signature in the next transfer window, it appears Rose's is willing to remain at Newcastle, which is closer to his Yorkshire home.