​The Spanish Football Federation (RFEF) and La Liga have both confirmed that all football in the country will be postponed indefinitely until experts say it is safe to return.

La Liga was suspended for several weeks because of the coronavirus outbreak, but the initial hope was to return in time to finish the season before the summer.

However, ​La Liga have now confirmed on their ​offici​al website that no football will be played until it is deemed safe to do so, with the government left in control of the situation.

"The Monitoring Commission established by the current RFEF-LaLiga Coordination Agreement agrees the suspension of professional football competitions until the authorities of the Government of Spain and the General Administration of the State consider that they can be resumed without creating any health risk," a statement read.

"Both the RFEF and LaLiga wish to express our greatest public gratitude to all those who are dedicating their best efforts to provide essential services to the Spanish people and also share our condolences for all the deceased and a warm embrace from the world of soccer to the many families that are losing loved ones."

 @marcoasensio10 sealed it with his second goal to make sure of the trophy!

The ​RFEF added that futsal and beach soccer will be postponed as well, ensuring no football is played until the government confirm it is safe for players, coaches, club staff and fans.

This announcement comes just days after RFEF president Luis Rubiales revealed he was confident that all league football would be ​concluded by June 30, but that's not looking too likely right now. 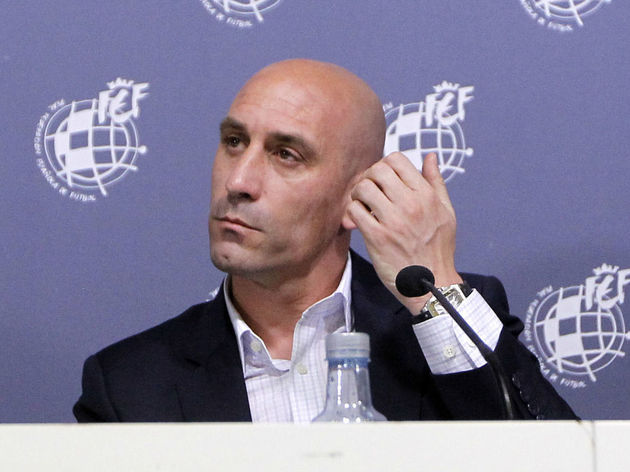 La Liga president Javier Tebas is also keen to see football return in May, but that decision will now be left to government officials.