Matthijs de Ligt and his girlfriend Annekee Molenaar are loving life in Italy, so much so that Molenaar's father has predicted they could spend the next decade in Turin.

De Ligt and Molenaar are on precautionary lockdown in northern Italy, as the coronavirus pandemic sweeps the country. Three of De Ligt's ​Juventus teammates; Daniele Rugani, Blaise Matuidi and ​most recently Paulo Dybala; have all tested positive, while the virus shows no immediate signs of slowing down.

De Ligt: "I have Italian lessons for an hour and a half five times a week...my girlfriend Annekee has three hours of lessons every working day. We just want to adapt to our new country as quickly as possible." pic.twitter.com/E7IPMhElDr

​Football Italia“I have to say that Juventus over these difficult days have shown themselves to be far more than a top club. It was a real family for the kids.

“There was a little anxiety at first, especially as my daughter has become very close with Michela, Daniele Rugani’s girlfriend, who is also positive for coronavirus. Aside from this being a tricky time, Annekee and Matthijs are really in love with Turin and Italy. This is their first real home together and they’re not missing Amsterdam. 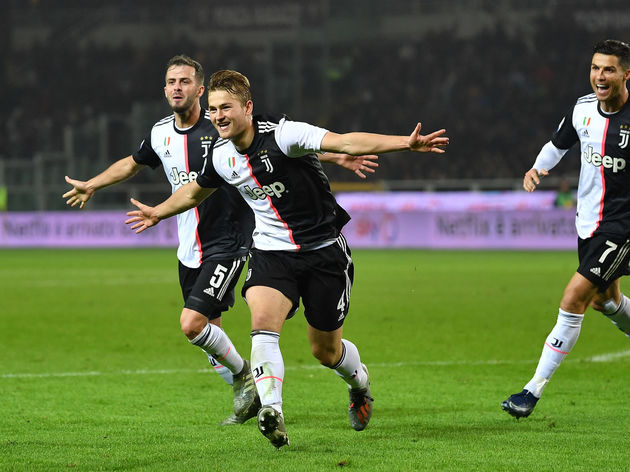 “They are so in love with Turin that they could stay for five years, maybe 10.”

De Ligt joined the club from Ajax in the summer despite strong interest from ​Barcelona and though he has had one or two critics, the 20-year-old has by and large shown his class to establish himself in the side under Maurizio Sarri.

He's made 27 appearances since his £75m arrival, and although the return of Giorgio Chiellini might well test his grip on a starting spot, he will be keen to play his part in getting his first Serie A title over the line once football resumes.