​The league campaign might be on an indefinite pause, but transfer silly season is nonetheless fast approaching. And nothing says 'tiresome speculation' quite like a story about one of Newcastle's Longstaffs.

But while it was the more established Sean that grabbed all the headlines this time last year after an astonishing breakthrough year, it's his younger brother Matty who is now taking centre stage.

Not because of his performances on the pitch - he's only appeared three times in the ​Premier League since the turn of the year, and one of those was a five-minute cameo - but because he's out of contract in the summer, and the vultures are beginning to prowl. Earlier this month it was reported that the tenacious 19-year-old had ​'received an offer' from an unnamed European club, which is hardly a surprise since he has been eligible for pre-contract negotiations with clubs across the continent since January.

And ​TEAMtalk (running with a headline which doesn't specify which Longstaff they're talking about, the rascals) indicate that this could refer to a motley crew of five sides: Ajax,Atalanta, ​Inter 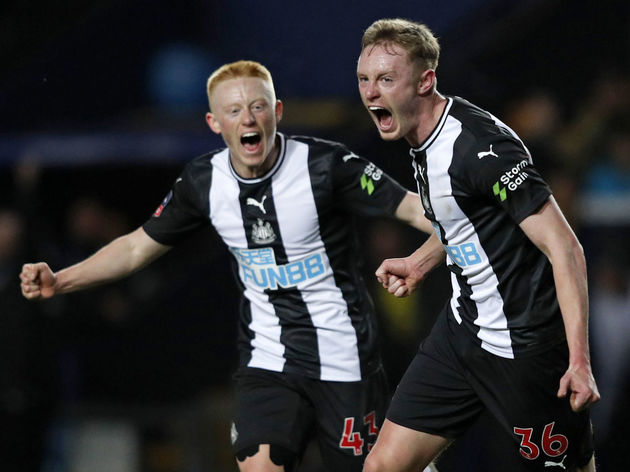 The Magpies have made no secret of their desire to hold onto one of their prized assets with Steve Bruce last week admitting it's a 'concern' that he is yet to sign.

Longstaff has made 12 senior appearances since his heroic debut against Manchester United back in October, and while he hasn't quite kicked on as expected when he emerged from nowhere to score the decisive goal in that one, he is still very highly-rated at the club - and across the continent, it seems.