Thou shalt not mock Newcastle United vs Burnley for being the 'Super Sunday' clash ever again.

Eurgh. Another day drags on, and we are still without football. And the truth is, we are no closer to knowing when we'll be able to watch our favourite blokes knock a ball of air around a field again.

But luckily for you all, we at 90min are determined to lift your spirits, by bringing you the key moments that have unfolded on March 22 down the years.

​Buckle up everyone (especially Arsenal fans), it's time to see what unfortunate events have befallen you on this day.

On this day 131 years ago Sheffield United Football Club was formed.

For ​Sheffield United fans, this is a big one. One of the oldest clubs in world football, the Blades are celebrating their birthday! On this day 131 years ago, the club formed and began their adventure in the world of football.

Fast forward 131 years, and they're the seventh best team in England. Didn't take long, did it? Here's to the next 131, guys!

‍♂️ NOTHING was going to stop @RvN1776 finding the net v Fulham, #OnThisDay in 2003...#MUFC pic.twitter.com/5kwRavCRXO

​Manchester United winning is not really news, is it? But on this day in 2003, the Red Devils recorded a 3-0 victory over Fulham, with Ruud van Nistelrooy bagging his third Premier League hat-trick.

The Dutchman also scored one of the best goals of his career, picking the ball up in his own half, beating the entire ​Fulham side - twice - and slotting home coolly. What a player.

#OTD in 2005, Jens Lehmann began the record of playing 853 minutes without conceding a goal in the Champions League. pic.twitter.com/vpoY1dwCJb

It's difficult to remember this sometimes (apart from the constant and desperate reminders on Twitter) but Arsenal used to be pretty good at football. And in 2005, the Gunners set a Champions League record, managing to play

Juventus midfielder Paul Pogba could make his France debut in the matches against Georgia and the mighty Spain pic.twitter.com/MSecq1MH3m

On this day in 2013, a rising star from Serie A made his debut for the French national team. ​Paul Pogba took to the field in a World Cup qualifier against Georgia, and from that moment on, he has never looked back.

A Euro 2016 final and a World Cup winners medal in 2018 soon followed. A huge moment in French football history. 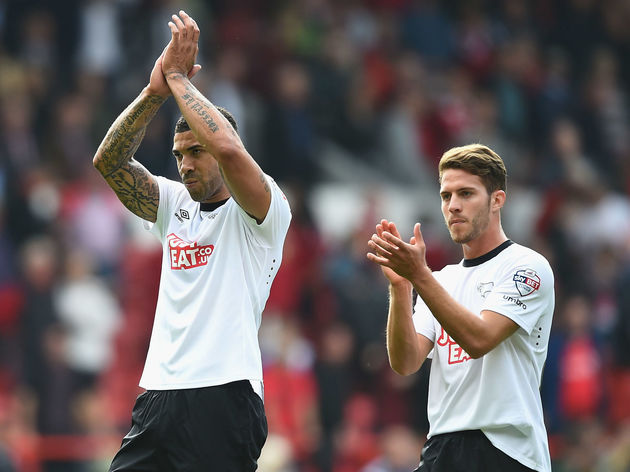 We all love a big derby battle. And Derby against Nottingham Forest is one of the biggest local rivalries in English football. With so much pride at stake, many of us can't face the dreaded walk of shame into work after losing such a massive game.

So how must the Tricky Trees have felt when they were battered 5-0 by the Rams in 2014? Not great, I imagine. Derby dominated from the off, and

#OnThisDay in 2014, Arsène Wenger was in charge for his 1000th game for Arsenal. A fantastic achievement for a Manager but one remembered for all the wrong reasons.

You've had your happy memories Gooners, now it's time to brought back down to earth with a bump. Or six bumps, in this case. Former Arsenal coach Arsene Wenger was celebrating his 1000th match in charge in north London, but opponents ​Chelsea opted to give him a day to remember - for all the wrong reasons.

The Blues put six past the Gunners, as a team including ​​Mohamed Salah, Samuel Eto'o and ​Eden Hazard ripped their visitors to absolute ribbons. This as also the match where the ref Kieran Gibbs was sent off when Alex Oxlade-Chamberlain should have been in a case of mistaken identity. That's more like it, isn't it Gooners? Ah dear, ​Liverpool fans. This was a bad day. On this day five years ago, Steven Gerrard was benched for the Reds' huge clash with Manchester United. The Liverpool captain was introduced at half-time, and, full of rage and red misty eyes, the midfielder earned himself a red card after only 38 seconds.

The midfielder went full throttle into a couple of challenges, but a rush of blood to the head saw him stamp on Ander Herrera's leg. The referee spotted the incident, and Gerrard was given his marching orders. Man Utd went on to win the game, too.

More than 7 weeks after booking our place in the final, we're on our way to Wembley! #BRCWAL #RobinsRewind pic.twitter.com/LSZvpYkWvI

We English are generous folk, aren't we? Lukas Podolski was a terrific servant for club and country over the years, and Germany decided to give him the perfect send off from international duty in 2017.

​Evidently, England agreed, and allowed the striker to blast home the winner 20 minutes from time in typically emphatic style. ​Since we're such accommodating people, we decided not to stage any form of fightback, and the ​ex-Arsenal star had his moment in the sun. Well done England.