The State of PSG: An Overview of the Club's Prospects as Football Takes a Break

It could only happen to Paris Saint-Germain, who had no sooner beaten Borussia Dortmund to exorcise the ghost of Barcelona’s infamous Camp Nou remontada in 2017, than almost all European leagues suspended play due to the spread of the coronavirus.

PSG fans might not have wanted this season to end, with their team also heading towards the obligatory Ligue 1 title, but now is as good a time as any to draw up a brief review of their campaign so far.

You probably could have guessed this yourself, but it’s business as usual for PSG in Ligue 1 this season – Les Parisiens are 12 points clear with a game in hand, haven’t lost since 1 November, and managed 16 goals in their last four league games.

Likewise, they’re on course for a ridiculous fourth domestic treble in five seasons, with a Coupe de la Ligue final (hopefully) in the diary against Lyon, and a Coupe de France showdown still to come against Saint-Étienne.

I’m guessing, though, that they’d trade it all for the Champions League trophy in a heartbeat, and their 2-0 win at Parc des Princes against a strong Dortmund side, with Neymar and Juan Bernat overturning a 2-1 deficit, was one of their best showings at that stage in Europe in years, giving Thomas Tuchel hope that his side can finally go deep in the continent’s most prestigious competition. If there’s one silver lining for PSG here, it’s that they can basically look forward to a clean bill of health in the hopeful event that football resumes.

What made PSG’s win doubly impressive is that they were without a number of stars, with Marco Verratti and Thomas Meunier suspended, and their next Champions League match would potentially allow them to field something approaching their strongest team, with Eric Maxim Choupo-Moting also edging towards fitness.

With Kylian Mbappé no longer feeling poorly, he could be joined on the pitch by Thiago Silva, Abdou Diallo and Colin Dagba, whose respective periods of recovery have all coincided with the current footballing hiatus.

PSG are going to have to fit in 11 Ligue 1 fixtures if football ever comes crawling back, and here’s a prediction of how that could play out.

Barring a truly crazy set of circumstances (and to be fair we’ve seen it all within the last fortnight), PSG are going to claim their ninth league title in France.

However, they do have a tendency to drop off once the formalities have been dispensed with, and the last few weeks of the season will be a perfect time for any relegation candidates to nick a few cheeky points off them.

When it comes to the cups, you’d back PSG to topple an out-of-sorts Lyon and 17th-placed Saint-Étienne any day of the week.

The Champions League is anyone’s guess, but Les Rouge et Bleu haven’t shown the consistency of Bayern Munich or Man City in the competition this year, and you can expect them to fall short in the semi-finals.

This is where things get a little messy for PSG, as Meunier’s rumoured free transfer to Borussia Dortmund looks set to be part of a summer exodus, with Silva, Edinson Cavani and Layvin Kurzawa also all in the last year of their respective deals. 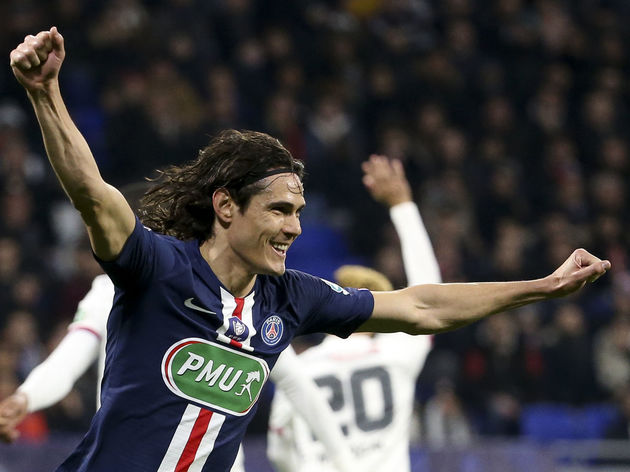 17-year-old defensive starlet Tanguy Kouassi has also yet to sign a professional contract at the club with RB Leipzig circling, while the club also have a decision to make on the future of striker Mauro Icardi, whose one-year loan deal comes with a €70m option to buy.

Alphonse Areola's loan to Real Madrid could also be made permanent if the French champions decide to pursue a new goalkeeper in summer.

PSG are going to have to initiate a serious defensive overhaul this summer with Meunier, Silva and Kurzawa potentially departing. The likes of Leicester right-back Ricardo Pereira and Napoli’s Kalidou Koulibaly have been touted as replacements, while Ajax stopper André Onana could potentially displace the ageing Keylor Navas.

The real issue which will be keeping sporting director Leonardo up at night is what happens with Neymar and Mbappé, linked to Barcelona and Real Madrid respectively. Could they both go? Could PSG finance a move for a superstar like Sadio Mané or Jadon Sancho to replace them? Most importantly, could the implications of coronavirus make the labyrinthine negotiations involved too complicated for this summer?

Winning the Champions League would have a symbolic significance for PSG, transforming the perception of the club from nouveau riche upstarts to a new (and crucially, respected) European heavyweight. Clearly, whether under Tuchel or another (perhaps Mauricio Pochettino-shaped) manager, all-conquering domestic success is going to be the minimum expectation.

They’ve made a significant breakthrough this season though, and though more robust Champions League knockout performances, and sensible investments made throughout the squad, are necessary, Tuchel’s men are close to showing the kids at home that with a shareholding organisation worth almost £300bn behind you, anything is possible.