Watford captain Troy Deeney insists the Premier League season has to be finished - but he's content self-isolating and watching Game of Thrones just for now.

The Premier League has been suspended until the end of April at the very earliest due to the coronavirus outbreak​.

Watford currently sit above the bottom three on goal difference, and should the season be finished now or be declared null and void, the Hornets would remain in the Premier League, despite spending much of the campaign marooned in the drop zone. However, Deeney wants the season to conclude in the fairest way possible.

Wow what a result that was, best team performance from a Watford side, Sarr what a player you are going to be  everybody put a shift proud of you boys, played hard but fair, now we go again  pic.twitter.com/CLc2wGyXUl

"I don't think setting dates is the fairest thing to do. I think we've just got to play it by safety. I just think it's a case of finishing it, but just finishing it being sensible really.

"There's no start date yet to when we're going back to football, and I started Game of Thrones for the first time. I've got eight seasons to get through so until that's done the football can hold off for a minute." 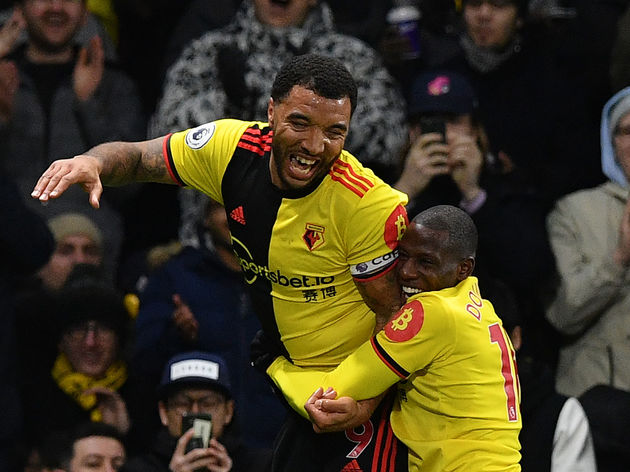 "If you're an Arsenal fan, you want to go and see ​Arsenal play," the striker added. "So if you're just hearing that they've played behind closed doors and they'll have won 3-0, it's not the same emotion, it's not the same feel."

Coronavirus has impacted day-to-day life in all manner of ways, and Deeney admitted that he was still adjusting to all the health and safety recommendations.

"It's been weird because I'm the kind of guy that will stop and take pictures with everybody or shake hands with somebody as like, if I met you, I'd be like 'Hi, how are you doing?' and shake your hand," the 31-year-old said.

"That's been the hardest adjustment for me if I've gone to the shop or something and people go 'Ah can I get a picture?' I'm like 'Nah, nah, I'm not allowed to do that.'