Exclusive: Carlo Ancelotti is aiming to build an empire at Everton, and where better to look for inspiration than in Rome?

The Toffees were in complete free fall at the midway point of the season, having sacked Marco Silva with the Merseyside club precariously positioned amid a relegation dogfight. But the Italian has steadied the ship, and he has helped the likes of Dominic Calvert-Lewin and Richarlison come into their own. 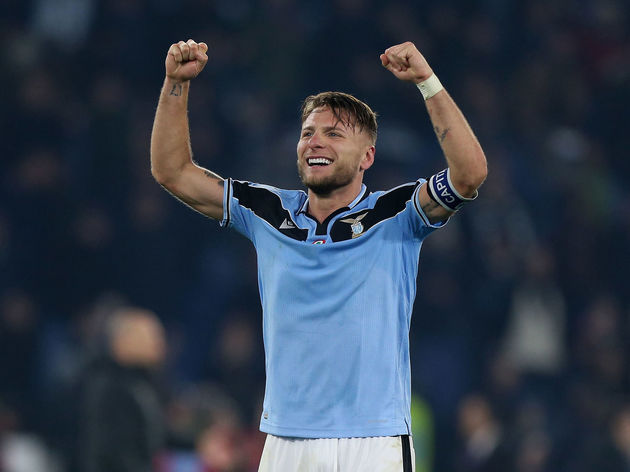 But despite the duo's recent goal glut, the new coach is not satisfied with his current attacking alternatives, and is considering his options for the upcoming campaign. 90min can exclusively reveal - and brace yourself, Everton supporters - that Ancelotti is planning a daring swoop for this year's Serie A top scorer, Ciro Immobile.

The Lazio striker has blown away the Italian top flight this year, bagging 27 goals in 26 matches for le Aquile. And his unbelievable form had propelled the Roman side into an unprecedented title race, which has subsequently been halted due to the deadly coronavirus outbreak.

Immobile is happy at Lazio, and he is contracted to the Serie A side until 2023, but his outrageous scoring exploits have put him on the radar of Europe's elite - and Everton are keen to fight it out for his signature.

Ancelotti will be hoping that their Italian connection may be enough to convince the 30-year-old to join the blue half of Merseyside this summer. The Toffees coach is keen to lend a helping hand to Calvert-Lewin, who currently carries the majority of their goalscoring responsibilities, a​Everton The Italy international is a clinical goalscorer on his day, but he has not enjoyed a great deal of success outside of Italy. He endured disappointing spells in Spain and Germany with Sevilla and ​Borussia Dortmund respectively, but he managed to recapture his killer instincts in Serie A with Torino.

Immobile then secured a move to Lazio, and he has never looked back, scoring over 100 goals for the capital city club in less than four seasons.

Could Ancelotti and Everton pull off the ultimate Italian job?