Barcelona are still looking to offload midfielder Ivan Rakitic in the summer, and the Croatian's former club Sevilla are interested in re-securing his services once the transfer window opens.

The Catalan giants have placed a €20m price tag on the 32-year-old as they seek to recoup the €18m fee they spent on the player they signed from Sevilla back in 2014.

Rakitic's current deal is set to run out in the summer of 2021, but it looks unlikely any extension is on the cards as the midfielder enters the final year of his contract. The playmaker has made just 15 starts this campaign, and has been deemed surplus to requirements as the Catalan side look to refill their bank account. He is currently behind Frenkie de Jong, Sergio Busquets, Arthur and ​Arturo Vidal in the central midfield pecking order.

Goal report that Barca are prepared to sanction his exit as long as the club's €20m valuation is met, and it looks as though ​Rakitic's time at the Nou Camp is coming to an end after a hugely successful six-year spell.

He helped the club win their historic treble in 2015, and scored the opening goal of the 2015 Champions League final victory over ​Juventus. 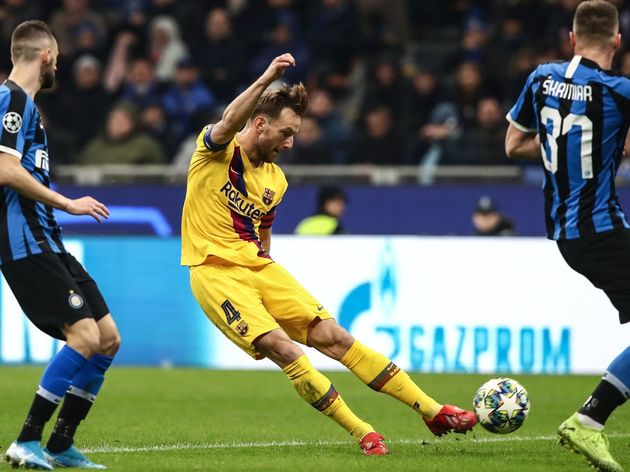