​Another Friday, another day in self-isolation, another shot of nostalgia directly into your veins from the lads at Nike.

Following on from the release of the throwback Mercurial Vapor and original Hypervenom-inspired Phantom VSN in the past two weeks, the American sportswear giant has quite possibly dropped the pick of the 'Future DNA' pack - a homage to the Nike Air Zoom Total 90 II in the form of the new Phantom VNM.

If that full name doesn't sound too familiar, they were basically the second instalment of the OG Total 90s from 2002 - yes, the ones worn by the likes of Wayne Rooney, Luis Figo, Francesco Totti and Roberto Carlos.

The fresh new white and black 'Future DNA' colourway draws inspiration from the 18-year-old Air Zoom Total 90 II, with the main body of the boot in white, with black on the heel and across the laces.

The original boot was designed to to be comfortable and offer accuracy - two characteristics that are maintained and developed in the new PhantomVNM, with the innovative off-centre asymmetrical laces providing more surface area to make contact with the ball, while there's the 'Precision Pwr' strike zone in the instep - 13 ridges set at specific angles and ascending heights to help keep the ball down and to provide a bite on its surface. 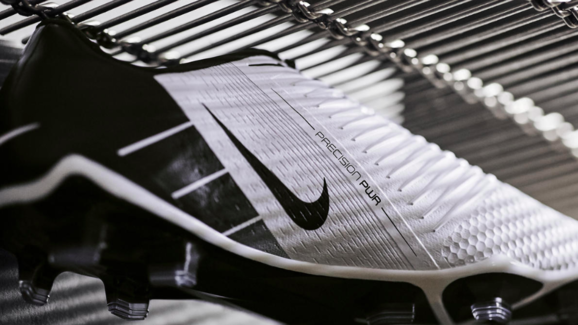 The boot is the third release from the Nike Football’s Future DNA Pack, which finds Nike’s current performance boots each paying homage to a classic Nike Football design. It follows the release of the ​Mercurial Vapor XIII and ​Phantom VSN 2 Hypervenom in the past fortnight, which paid tribute to the original Superfly and Hypervenom boots respectively.

Keep your ears to the ground, because there is one more nostalgia trip on the way from the Nike 'Future DNA' pack next week, which should see the Tiempo get a classic paintjob.