​March 19 didn't bring about much football in 2020, but there have been plenty of exciting events on this day in history.

From great games, to stunning goals and landmark victories, March 19 has seen it all.

So while we're all stuck inside, with not much else to do, let's take a look at some of the most memorable moments on this day in history - starting with a legend...

Stanley Matthews has been named Blackpool's greatest ever player in a #FL125 vote by fans pic.twitter.com/zXHskEA6rA

The first ever winner of the Ballon d'Or, English legend Stanley Matthews got his first taste of senior action on this day in 1932, turning out for ​Stoke City in a 1-0 win over Bury.

Alongside the Ballon d'Or, Matthews also won two FWA Footballer of the Year awards with both Stoke and Blackpool, before calling time on his career an incredible 33 years later after his 50th birthday.

Now, I know what you're thinking. 'Who on earth are Ararat Yerevan?'. Well, they're the only Armenian team to ever beat ​Bayern Munich.

In the 1974/75 European Cup, they clashed with defending champions Bayern in the quarter-final. They lost 2-0 in the first leg, before picking up a monumental 1-0 win in the return fixture.against a side which were led out by In the 1993/94 season, Swindon Town were a struggling ​Premier League side. They had just conceded seven against ​Newcastle United, ​but they still managed to stun eventual champions ​Manchester United by picking up a 2-2 draw.

In what was supposed to be a rout, Swindon would not lie down and twice came back from behind to pick up a point - aided by Eric Cantona earning a red card for stamping on John Moncur.

19/03 - On this day in 2005, Robert Earnshaw scored a hat-trick as West Brom won 4-1 at Charlton in the Premier League, completing the Welshman's set for scoring a hat-trick in each of the top four tiers of English football. Collection. pic.twitter.com/NEeu9CUhms

Robert Earnshaw netted three times to earn ​West Bromwich Albion a 4-1 win over ​Charlton Athletic in the Premier League in 2005, which made him the first player to bag a hat-trick in each of English football's top-four divisions.

If that record isn't enough for you, he's also the only player to score three in all four divisions, the FA Cup, League Cup and an international match. Pedigree. ​Chelsea continued their march to 2007 FA Cup glory by picking up a 2-1 win over rivals ​Tottenham Hotspur in a quarter-final replay.

Stunning strikes from Andriy Shevchenko and Shaun Wright-Phillips were enough to steer the Blues to the next round, and they ended up going all the way and beating Manchester United 1-0 in the final. These two teams love playing on March 19. Just one year after their FA Cup clash, Chelsea and Spurs played out an enthralling 4-4 draw.

The Blues, who were 3-1 up at one point, were minutes away from picking up a 4-3 victory, only for a screamer of a strike from Robbie Keane in the 88th minute to earn the home side a share of the spoils.​ On that same day, ​Cristiano Ronaldo was handed the captain's armband for the first time in his career in Manchester United's 2-0 win over Bolton Wanderers.

With Ryan Giggs, Wayne Rooney and Rio Ferdinand all left on the bench, Ronaldo took charge of the team. He stepped up by netting two early goals to earn United three points which eventually led them to the league title.​ ​Manchester City haven't always been the dominant superpower we know today. Back in 2009, they came perilously close to crashing out of the UEFA Cup at the expense of Danish side AaB Aalborg.

City, who featured the likes of Shay Given, Vincent Kompany and Robinho, fell to a 2-0 loss against the Danes, which saw the tie go to penalties. Mark Hughes' side came out on top in the end, but it was far tenser than it should have been.​

 #OnThisDay... a Rogic rocket! @Tom_Rogic scored #CelticFC’s Goal of the 2015/16 Season with this stunning late winner away to Kilmarnock four years ago today ⚪️

The race for the 2015/16 Scottish Premiership title was a tense one in March, and Celtic looked to have lost ground as they were minutes away from a goalless draw with Kilmarnock. But then Tom Rogic happened.​

He thundered home was was eventually voted Celtic's goal of the season, and the Bhoys used that momentum to storm to the title by a whopping 15 points. 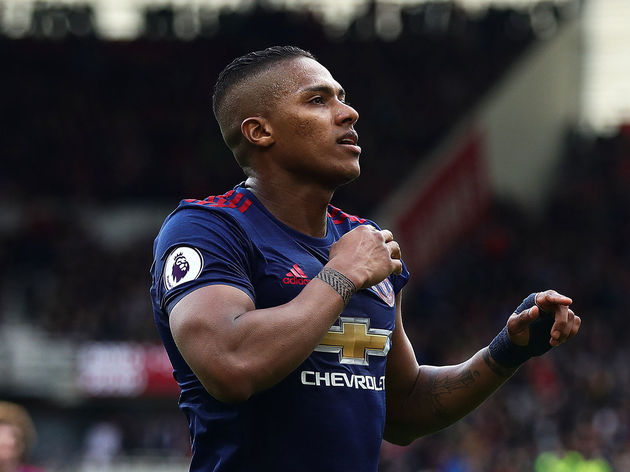 March 2017 saw United become the first team to win 600 Premier League games thanks to their 3-1 win over ​Middlesbrough.

As of today, they are still the only side to reach that landmark, with ​Arsenal and Chelsea close behind on 574 and 572 respectively.