Former Cardiff City midfielder Peter Whittingham - who spent well over a decade at the club - has tragically passed away aged just 35.

The winger was taken into hospital earlier this week after an accident at home, where he was rushed into intensive care.

News of his untimely death has now been confirmed by Cardiff in an emotional statement released on their ​official website.

It is with an immeasurable amount of sorrow that we must inform supporters that Peter Whittingham has passed away at the age of 35.

It read: "It is with an immeasurable amount of sorrow that we must inform supporters that Peter Whittingham has passed away at the age of 35.

"The news of Peter’s sudden and untimely passing has shaken us to our very foundation. Our love goes out to his wife Amanda, their young son and family. They are at the forefront of our thoughts and, on their behalf, we ask for their privacy to be respected at this unfathomably cruel and difficult time.

"First and foremost, Peter was a family man - and somebody who could light up a room with his sense of humour, warmth and personality. Then, as a professional footballer - as a Bluebird - he excelled with talent, ease, grace and humility. Nobody did it better.

"The loss of Peter will be painfully felt by our city, supporters and indeed all who ever had the pleasure of knowing him. We love you Pete and your memory will eternally stay with us." 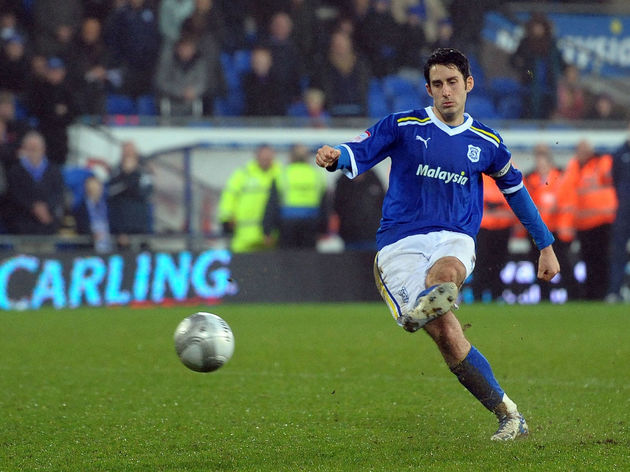 Whittingham burst onto the scene as a youngster at Aston Villa, and he went on to make over 50 appearances for the Villans. But it was at Cardiff where he spent the majority of his career, putting on the Bluebirds' blue shirt for ten years.

The midfielder played over 400 games for Cardiff, helping the club to gain promotion to the Premier League during his time in Wales. Whittingham was a regular in the Bluebirds' side, and his stellar performances earned him the club's Player of the Year award in the 2009/10 season and the 2011/12 campaign. The former Derby County man also made 17 appearances for the England Under-21 side, scoring three goals for the Three Lions at youth level. He played for five clubs during his time as a professional footballer, and he joined Blackburn Rovers for the 2017/18 campaign, where he made 20 appearances.

He will be remembered fondly by Cardiff City supporters especially, but also by the entire football fanbase as an excellent footballer, and a great man. Rest in peace.