The State of Barcelona: An Overview of the Club's Prospects as Football Takes a Break

​The absence of football seems to feel stronger with every passing day as we remain confined to our homes, watching countless YouTube videos of past great matches.

A necessary break from the game does, however, give us time to look back at recent performances and analyse how the season has gone for various teams.

So with that, let's look at it all - how it's gone, how it could go when it all starts up again, and what the long-term future might hold for FC Barcelona. On paper, Barcelona look fine. Top of La Liga with a two-point lead over ​Real Madrid, with a decent shot of progressing into the Champions League quarter-finals, nothing jumps out as abnormal.

Yet the thrashing of Eibar aside, La Blaugrana haven't looked at their best. Losing El Clásico was hugely disappointing, with the lack of potency upfront a clearly obvious weakness for them. Wins against Real Betis, Getafe and Real Sociedad saw the Catalans holding on desperately for victory, rather than dominating teams to take the three points.

It also remains to be seen if the appointment of manager Quique Setién will work out, having just arrived in January. Luckily, they seem to overcome every hurdle with the quality of their stars, with ​Lionel Messi and Antoine Griezmann possessing a match-winning ability even if their teammates aren't playing well.

And with a favourable run of games left, Barça are still on course to claim their 27th league title, and could remain a contender for the ​Champions League - if the season gets finished as planned.

Speaking of Messi, he is/was set to win his seventh Pichichi Trophy, having scored 19 league goals. Will he eventually collect this accolade? We'll have to wait and see.

A huge boost for La Blaugrana would be the possible return of ​Luis Suárez from his long-term knee issue. The Uruguayan was set to return around May, and he could be unleashed for the last set of games if the season gets resumed. His absence has taken away a cutting edge and potency upfront for the Catalans - therefore his presence would be warmly welcomed.

Utility star Sergi Roberto would also be ready to go for the next game, fully recovering from his abductor problem. Conversely, forward Ousmane Dembélé is sidelined long-term and wouldn't be available for Barça. Unlike the ​Premier League who are hoping to play in early April, La Liga's president Javier Tebas ​is targeting a return by May, which seems more realistic. If and when action recommences, La Blaugrana have 11 league games remaining, not counting their postponed Champions League fixture.

Their remaining league games are listed below. We'll throw in a result prediction and a projection on how they do for fun, too.

By our calculations, we have ​Barça lifting the La Liga title on the final weekend, with the same two-point gap maintained over Los Blancos.

Is it fair to expect them to win ten of their 11 games? Simply, yes, and they're capable of beating Sevilla on the road too. Most of their remaining games are against the bottom half, and they should be able to take victories in all of these games.

Predicting a draw against Los Palanganas feels conservative, but Julen Lopetegui's side are hard to defeat at home. Looking at the ​Atlético clash, home advantage should swing the win towards Barça.

As for the Champions League, it's difficult to forecast how it will play out, particularly with the possible reformatting of the tournament. Could they win the competition? Yes, but given their inconsistency, they probably won't.

Barça only has one player with an expiring deal this summer, and you would be forgiven for forgetting he is on their books - Arda Turan. The Turkish international had been on-loan in his home country for the last two seasons, but recently İstanbul Başakşehir cancelled his loan early. And he'll probably find himself a free agent in the summer, with the Catalans unlikely to keep him around.

However, it's the quartet with deals expiring in 2021 that should catch your eye. The four are - Messi, Suárez, ​Arturo Vidal and Ivan Rakitić.

We know already that the Uruguayan ​wants to stay. Both Vidal and ​Rakitić will likely move on as their first team opportunities diminish with age. As for Messi, who knows? Rumours of discontent with club officials suggest he could leave, but his willingness to walk away remains a mystery.

Clearly, Barcelona aren't satisfied with just signing Martin Braithwaite. With persistent rumours that La Blaugrana are going to spend heavily on a star attacker, it looks increasingly likely they will make a move for ​Inter forward Lautaro Martínez. 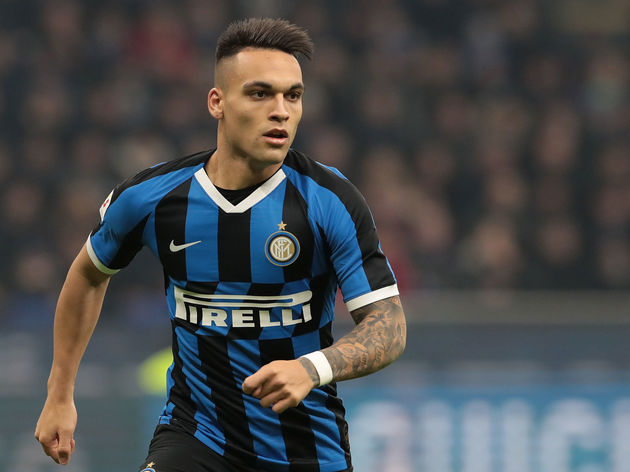 The 22-year-old is in high-demand across Europe, but the Catalans ​are confident they will close a deal for the Argentine. Should they fail to sign him, Timo Werner is another striker they are interested in signing.

Of course, former player ​Neymar remains a target for Barça. With PSG open to his departure, and ​Messi requesting for the club to re-sign the Brazilian, the 28-year-old is another big name that could arrive at Camp Nou.

Regardless, it remains likely that a major attacking signing is on the way to the Blaugrana. Will Barcelona continue to contend for ​La Liga next season? Yes, obviously.

What about the Champions League?

This Barça team aren't the greatest version we've seen at Camp Nou. Clearly, investment is needed to ensure the team continues contending on the global stage post-Messi and Suárez. Recruitment will be key, in ensuring they maintain their status as one of the world's best teams.

Yet let's not kid ourselves. Barça will still be rich with resources to improve further. They'll have their choice from the finest players in the world, who will want to play for the Catalans. Basically, they'll be fine.