The obvious speculation will focus on Manchester United midfielder Paul Pogba, who has already been heavily linked with Los Blancos for a number of months. Erling Haaland is another of Raiola’s top clients who been linked, despite only recently joining Borussia Dortmund. Raiola has immediately dampened the likelihood of Haaland moving on so soon. He was less concrete on Pogba’s future, suggesting he will have to wait and see what happens, but did stress that the Frenchman’s immediate commitment is to Manchester United.

“Paul is going through a difficult time,” the agent said, referring to his client’s long injury absence. “But let it be clear because in England they are very sensitive, Pogba is concentrating to make a great end to the season with Manchester United.

“He wants to get back into the team and have a great end to the season so United can reach the Champions League.”

Pogba is under contract at Old Trafford until 2021 and the club have an as yet untriggered option to extend the expiration of that deal further to 2022. United manager Ole Gunnar Solskjaer said only recently that people should ‘expect’ Pogba to be in Manchester next season, while Raiola himself has previously opened the door for a new contract once the player resumes fitness. 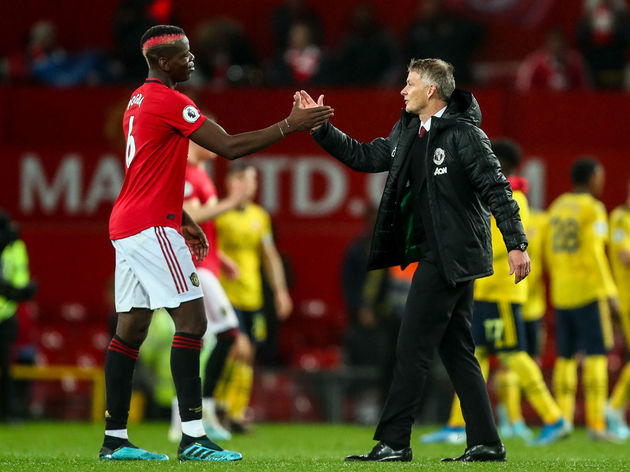 On top of that, there have been media reports in recent weeks suggesting that, rather than leaving for a new challenge as he once expressed interest in, Pogba ‘sees his long-term future at United and is happy to stay’. He is said to be ‘determined to prove himself’ and has the belief he can still ‘play a lead role’ in a new era of United success, as well as excited by playing with Bruno Fernandes.

Regardless of what the player himself thinks, any summer transfer to Real will ultimately hinge on whether the Spanish club have the ability and resources to pull it off. That wasn’t the case last summer, after which there was a suggestion they were never fully trying.

Raiola is well aware of the potential difficulty, telling Marca, “You cannot say what will happen. Today you cannot know. Now, the club and the team matter and then we will see what can happen. There was great interest [previously], but it was not possible. Last year it does not count anymore. We will see what happens.”

He also admitted last month that ‘not a lot of clubs can afford’ Pogba.

On Haaland’s future, Raiola said, “He is a very important jewel. It is nice to see him play and see how he evolves in each game…He still has a lot to grow and will be in Dortmund for the necessary time...I don't think he'll be leaving Dortmund this summer.” But with his connection with Real is strong, and particularly senior official Jose Angel Sanchez, with whom Raiola enjoys, by his own admission, ‘discussing football and FIFA issues’. It therefore remains a personal dream for one his players to join the iconic club.

Aside from Pogba and Haaland, Raiola also famously represents ageing superstar Zlatan Ibrahimovic, while the likes Gianluigi Donnarumma, Marco Verratti, Blaise Matuidi, Mario Balotelli, Luca Pellegrini and Justin Kluivert are among others included in his predominantly Italian or Dutch-based stable.