The State of Bayern Munich: An Overview of the Club's Prospects as Football Takes a Break

​Considering Bayern Munich had won 14 of their previous 15 matches, were unbeaten since the start of December, had a foot in the Champions League quarter finals and a hand on the Bundesliga title, it's fair to say they won't have been best pleased when football was brought to an abrupt halt.

While postponement is an obvious necessity in such turbulent times, it may have put a serious dent in Die Roten's momentum heading into the final days of the season - if it ever does end, of course.

However, it provides the German giants with the chance to do a little self-analysis and, hopefully, come out the other side all the better for it. 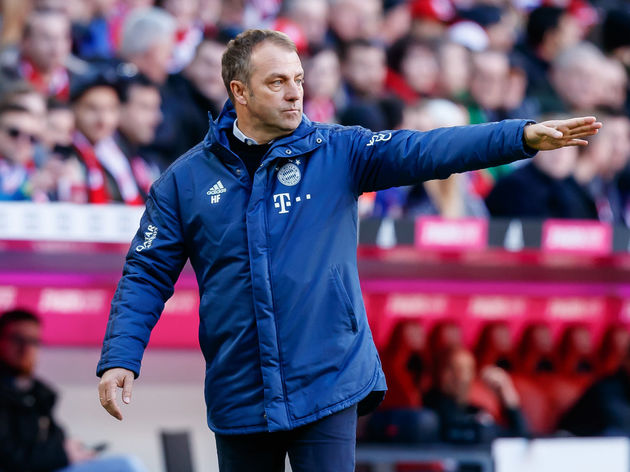 Without further ado, let's check in with the Bavarians and take a look at the past, present and future for Bayern this season. Well, they gave us an early scare, didn't they? Niko Kovac's ​Bayern looked in all sorts of trouble domestically, allowing the likes of RB Leipzig and Borussia Monchengladbach to take advantage, but now under the tutelage of Hansi Flick it seems the Bundesliga title will likely return to the Allianz Arena.

Yes, a four-point lead atop the Bundesliga table isn't a huge margin, especially with a dynamic Borussia Dortmund in hot pursuit, but if anyone knows how to handle the pressure of a title race it's Bayern, and you would be a brave person to bet on the Bavarians throwing it away from here.

Ten wins from 11 ​Bundesliga matches, including their most recent 2-0 victory over Augsburg, has put the defending champions in pole position for a 29th The treble is also a possibility, with Bayern knowing a clash with either Bayer Leverkusen or fourth-tier side FC Saarbrucken awaits them in the DFB-Pokal final should they get past Eintracht Frankfurt in the semi. ​Bayern already boast one of the most frightening squads in world football, but that is only set to improve the longer we are without matches.

​Ivan Perisic will be fit to return for Flick having missed about a month with a fractured ankle, providing the Bayern boss with a little more depth in wide areas. Robert Lewandowski ended up missing just three games in the end for Die Roten and will be back terrorising defences and breaking records when football returns.

Arguably most crucially for the German champions, however, is the progress of injured centre back Niklas Sule. The highly influential 24-year-old has been missing since last October and is expected to be out of the treatment room by the end of April at the earliest. Should the season be restarted - and Bayern will be praying that it is - we've taken a look at how the season may end for the Bavarians in their hunt for yet another Bundesliga crown.

Flick's side still have nine games to play, so let's take a gander at how they might go and where that would leave Die Roten.

While Bayern enter the majority of Bundesliga matches as clear favourites, they still have a few difficult games on the horizon. Results from matchday 28 to 31 will prove crucial, starting with a potentially pivotal trip to face title rivals ​Dortmund and ending with the tricky test of outside contenders Monchengladbach.

Bayern may drop a few points in this period, but probable wins in their remaining fixtures - teamed with the inconsistency of their title challengers - mean Die Roten will likely still edge their way over the finish line and claim another Bundesliga crown. European progression may cause some Bayern heads to turn, and with good reason considering the realistic possibility that the club could claim another trophy on the continent.

DFB-Pokal victory seems inevitable, with Leverkusen potentially offering the strongest resistance to the defending champions. However, there's a reason Bayern have won a record 19 Pokal trophies, including four in the 2010s, and Die Roten are very well placed to grab their 20th come the end of the season. ​While Bayern have no players whose contracts expire in 2020, the Germans do have three loan stars who will have to return to their parent clubs if they aren't signed permanently.

It's fairly safe to say that permanent deals for Alvaro Odriozola, Philippe Coutinho and Perisic look unlikely at present - barring any late revivals in form - and Bayern will most probably opt to invest their money in some fresh faces whenever the hell the transfer window opens. ​Bayern have already captured the services of ​Schalke goalkeeper Alexander Nubel as Manuel Neuer's understudy next season on a free transfer, while a deal for Ajax defender Sergino Dest looks likely and could set Die Roten back about £25m.

The loftiest ambition of the club this summer is to finally get the man they have tirelessly pursued for the last few transfer windows: Leroy Sane.

The Manchester City winger has been injured for almost the entirety of the Sky Blues' campaign so far, but the transfer saga will continue when the window re-opens as Bayern look to strengthen in wide areas.

The prospect of ​Serge Gnabry and Sane hogging the touchlines for Bayern next season is certainly a mouthwatering proposition for Munich, and they will do everything in their power to make it happen.

Should Flick be given the job on a long-term basis at the end of the season, he will likely want to make cuts. ​Jerome Boateng and Corentin Tolisso look set to leave the Allianz, while Nubel's arrival may push back-up goalkeeper Sven Ulreich out the door as well. ​Regardless of whether or not Bayern choose to appoint Flick as manager beyond the end of the campaign - although it looks increasingly likely that they will - the club's aspirations are always the same: dominate German football.

Bayern will want to stifle the emergence of RB Leipzig and Gladbach as title contenders, re-asserting themselves as the one and only challenger for the Bundesliga title year in and year out.

European success will also be crucial for the Bavarians, who haven't even made the Champions League final - let alone won the the thing - since 2013. This season provides a great opportunity, but summer additions can spearhead Bayern's revival on the European stage for years to come.