​Arsenal are said to have accepted defeat in their attempts to keep striker Pierre-Emerick Aubameyang at the club, and are now resigned to selling him this summer.

The 30-year-old, who has attracted interest from the likes of Barcelona and Inter, will entire the final year of his contract at the Emirates Stadium this summer, and Arsenal are reluctant to let him walk away for free. 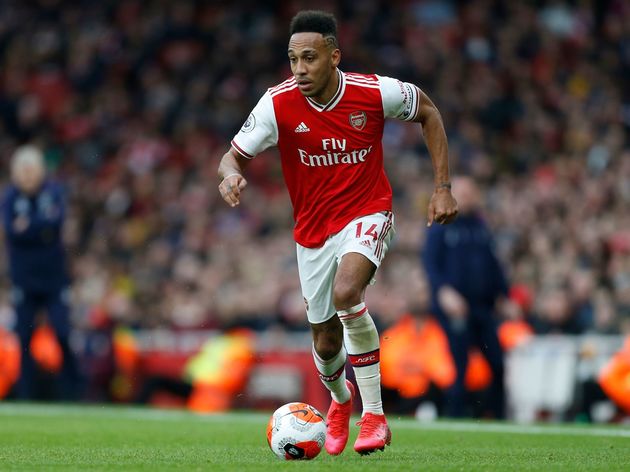 Aubameyang is thought to want ​Champions League football, and given ​Arsenal are flailing down in ninth in the ​Premier League table, that's unlikely to happen by next season. As a result, ​Sport (a pro-Barça Catalan daily) believe that the Gunners have given up hope.

The report claims Arsenal will demand at least €55m (around £52m) to part ways with their forward this summer. He's 30, so his value can only go so high, but Aubameyang's track record with Arsenal has been outstanding and he has found the back of the net 20 times in all competitions this year. He still score a whole lot of goals.

That figure probably wouldn't be a problem for ​Barcelona. A source has confirmed to 90min that La Blaugrana will ​prioritise a move for Inter's Lautaro Martínez, but if they fail to land the Argentine, turning to Aubameyang is a likely solution. While that €55m might not be an unreasonable valuation, Barcelona still believe they can drop that price down even further. They hope to reach an agreement with Aubameyang's representatives first and then convince the striker to submit a transfer request.

Remember when that sort of thing used to be called 'tapping up'?

That news won't go down well at the Emirates. Arsenal are already pretty miffed by Barcelona's ​attempts to unsettle their star striker, but it doesn't look like the Spanish side plan on stepping back any time soon.

Unfortunately, that probably won't soften the blow of Aubameyang's likely departure. Losing him in the summer would be tough to take, and Barcelona's determination to lower the asking price (if true) could only make it worse.