​It's been a difficult nine months for Phil Neville as England women's team boss. Just as he was starting to win over his doubters, the Lionesses were dumped out of the World Cup in 2019, and they have failed to look convincing under their boss ever since.

It looked as though the final blow to his managerial career had been dealt in the aftermath of England's miserable displays in the SheBelieves Cup in the United States, where Neville's side lost to both USA and Spain. England did narrowly scrape past a poor Japan team, but it was not enough and they finished third in the group. Subsequently, a conference call was held on Tuesday between key figures in the Football Association, but they have decided that it is not the right time to pull the trigger on Neville, despite the lack of direction that surrounds the team, ​The Telegraph reports.

And Neville himself has no plans to walk away, either.

​There were rumours that the coach was ready to resign from his post, when he 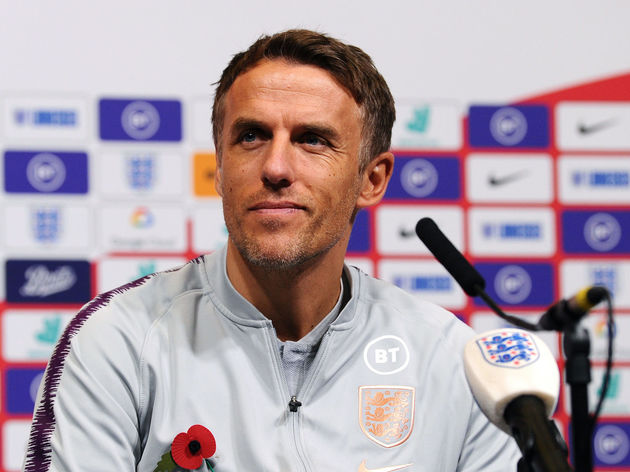 But it is understood that Neville has told the FA he's never contemplated quitting as the Lionesses boss since the World Cup defeat to USA, and the 43-year-old aims to address the current plight of his team.

The former ​Manchester United man stressed that while he was frustrated at England's lack of progress, the team needs time to grow, as he looks to regenerate his squad ahead of the European championships in 2021.