United’s 2019/20 home shirt by adidas is currently somewhat plain and simple, paying tribute to the club’s iconic treble winning season with a nod to the 1999 Champions League final. But the German sports giant could go more ‘out there’ in the plans for next season.

There is no confirmed leak of a prototype 2020/21 home shirt itself, but Footy Headlines have created a concept illustrative image of the possible design - based on a leaked image of a red United branded ball that adidas have produced as part of the wider collection.

Despite being unable to confirm the exact colour and graphic at this stage, Footy Headlines has shared that the trademark adidas stripes will be on top of the shoulders, while the shirt will make use of a ribbed crew-neck collar.

adidas have attempted to change things up in their United designs, notably switching the primary home kit shorts from white to black last season. Even through 2019/20 has seen a revert to the red/white/black norm, the 2020/21 kit is expected to feature white primary socks. 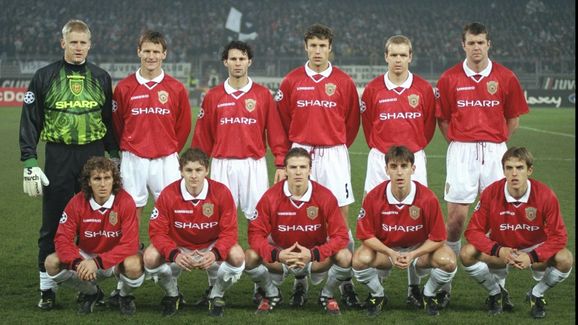 White shorts and white socks have often been United’s preferred European look over the last 20 years or so, debuting in 1997 when the club launched a specific European kit.

Aside from the home kit for next season, there has also been a concept leak of the potential white and black third shirt, which could be a striking ‘dazzle camo’ pattern.

Despite its vibrant and distinctly modern look, akin to some kind of funky zebra pattern, dazzle camo was actually initially developed in the early 20th century and was adopted by the British navy as a method to try and protect ships during the First World War.

The pattern was intended to break up the shape of the vessel and make it difficult for enemies to figure out things like range when attempting to fire missiles. Presumably Bruno Fernandes will be sending all his long passes straight out of play next season, then...?