​The end-of-season 'most-improved player' award is often thought to be dished out to the worst performer in the team, but in this case, Nemanja Matic may have rightfully earned it this season.

The Serbian midfielder has gone from zero to hero with his recent displays for Manchester United, so much so that the club have triggered a one-year extension option in his contract to keep him at Old Trafford until 2021. 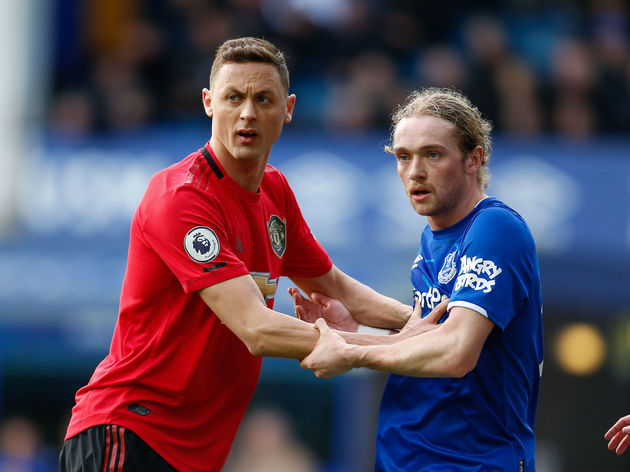 Matic has been a lightning rod for criticism in recent years, but he has excelled in their impressive unbeaten run of late, providing an excellent shield for his backline.

And the 31-year-old has been rewarded for his extraordinary upturn in form with a one-year contract extension, and according to ​Sky Sports, Man Utd are discussing terms over a fresh deal for the former Chelsea man.

The Red Devils' decision to trigger this clause means that ​Matic is no longer able to negotiate with other teams around Europe, which any player is well in their right to do in the final six months of their contract.

The midfielder was a peripheral figure in the Man Utd squad until Christmas, and his lack of action seemed to spell the end of his time on the red side of Manchester.

But the midfielder has returned to the side reinvigorated, and he has struck up a nice balance in the centre of the pitch with Fred. Matic played the full 90 minutes in the Red Devils' most recent Premier League success, when Ole Gunnar Solskjaer's side defeated rivals ​Manchester City 2-0 at Old Trafford. The Serbia international was on the bench for his club's final match before the season was postponed, when they put on a show for an empty stadium in Austria, beating LASK by a five-goal margin.

With the possibility of the season being extended beyond the summer, Matic's renewal will come as surprisingly good news to the ​Man Utd faithful.