​Chelsea are expected to hit midfielder Mason Mount with a hefty fine after the 21-year-old was spotted out in public when he was supposed to be self-isolating.

The entire Chelsea squad are supposed to be locked in their homes after teammate Callum Hudson-Odoi tested positive for coronavirus, with the club insisting that all government advice on how to prevent the spread of the virus will be followed.

However, as noted by ​The Mirror, Mount ignored those instructions and was instead spotted at a local park enjoying a kickabout with ​West Ham United midfielder Declan Rice on Sunday.

Rice has not been put under lockdown and will not be punished by his club, but Mount is not supposed to be outside as he may have contracted the coronavirus from Hudson-Odoi and could therefore spread the virus even further.

A club spokesman is said to have 'reminded Mount of his responsibilities', while a hefty fine and a stern word from manager Frank Lampard are both expected to follow. 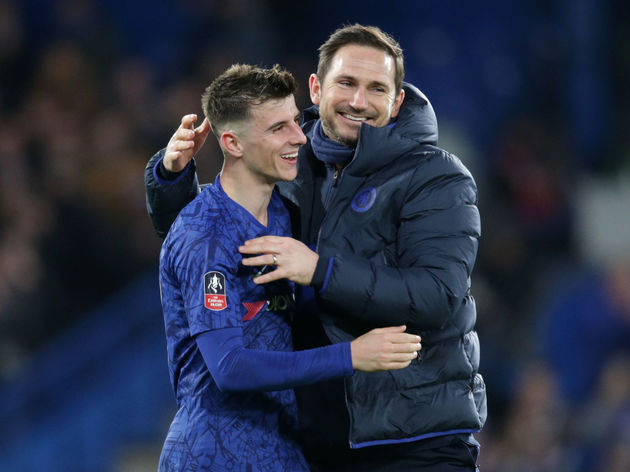 Hudson-Odoi has confirmed that he is feeling better after becoming the first ​Premier League player to be diagnosed with the virus, but safety guidelines state that he and all his teammates must self-isolate for 14 days to avoid putting the public at risk.

​Chelsea will not be impressed with Mount's behaviour, given the severity of the current pandemic, although it's unlikely the punishment will be anything too harsh.

The coronavirus outbreak brought a temporary end to what has been an impressive debut season for Mount. He has managed six goals and five assists in 29 Premier League appearances, helping the Blues to fourth in the league table. A poor run of form saw him attract plenty of criticism earlier in the season, but Mount hit back at his doubters by enjoying a fantastic showing in the recent 2-1 win over ​Tottenham Hotspur, after which Lampard admitted (via ​Metro) that Mount deserves more credit than he gets.

"Mason’s performance, I hope that gets digested properly afterwards," he said. "