​When Manchester United signed Odion Ighalo on loan in January, the idea of them making the deal permanent was ridiculous. Now, not so much.

The 30-year-old striker was in impressive form before the football was postponed, firing four goals in eight games in all competitions, and now United are believed to be interested in keeping Ighalo around. As noted by ​The Sun, Ighalo is keen on making the move, so much so that he is prepared to take a whopping £6m pay cut to get the deal over the line.

Ighalo was one of the first big names to be attracted to the riches of the Chinese Super League. ​Watford sold him to Changchun Yatai in 2017, but he then penned a £240,000-a-week deal to join Shanghai Shenhua two years later.

In what could be the least surprising revelation of all time, ​United aren't exactly keen to pay Ighalo anything close to that, and the striker himself is totally fine with that. He is said to be ready to shake hands at something closer to the £120,000-a-week mark.

United have already been told that they must ​shell out £15m to make the deal permanent in the summer, and it is seen as a real possibility that Ighalo remains at Old Trafford next season.

However, it will all likely depend on United's other transfer business. Ole Gunnar Solskjaer is understood to want a new big-name signing to compete with ​Anthony Martial in attack, which could mean that there is no longer a place for Ighalo.

Don't forget, United do also have 18-year-old Mason Greenwood in the squad, and it seems highly unlikely that United would allow Ighalo to take minutes away from the teenager going forward. 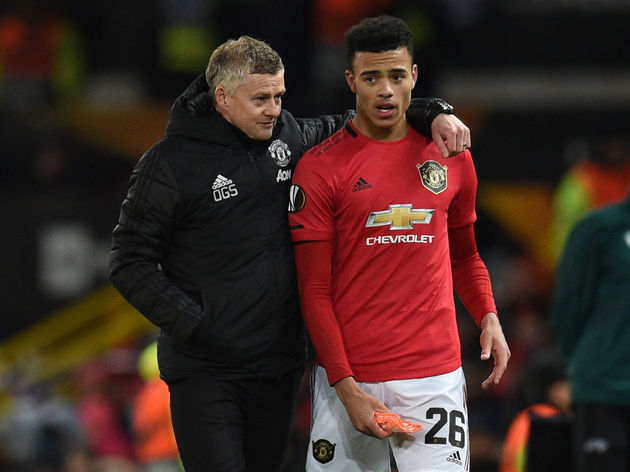 If Solskjaer can get that new striker, then Ighalo's time might be up. However, if they fail to find one, it wouldn't be a surprise to see the Nigerian return. After all, that's the entire reason why they signed him in the first place.

At 30 years old, he's hardly the perfect fit for the club's long-term vision, but if United still need a backup striker, they could do a whole lot worse than signing Ighalo permanently.