​The home of Tottenham Hotspur star Jan Vertonghen was raided by four armed men, who broke into his house while he was in Germany on Champions League duty.

The four men entered the Belgian defender's premises at around 8pm while his wife and two children were at home, and the thieves wielded machetes threateningly at the footballer's family. Police are now searching for the men involved, carrying out investigations to discover any further information surrounding the situation.

Fortunately, none of Vertonghen's family were hurt during the incident. “They [the burglars] were masked and carrying weapons, including knives and machetes, and demanded to know where the cash and valuables were," the source said via The Express.

"Jan's wife was obviously terrified and did as she was told. The group carried out a search and fled with electronic items.

“Thankfully I don’t believe anyone was hurt. The family were obviously terrified, especially given Jan was away with the ​Spurs squad.

"The police carried out a scene examination. Some officers did door-to-door checks to warn people and ask if anyone had seen anything."

A Spurs spokesman also discussed the terrifying incident, encouraging 'anyone who has any information to come forward', as the police look to close in on the four men. 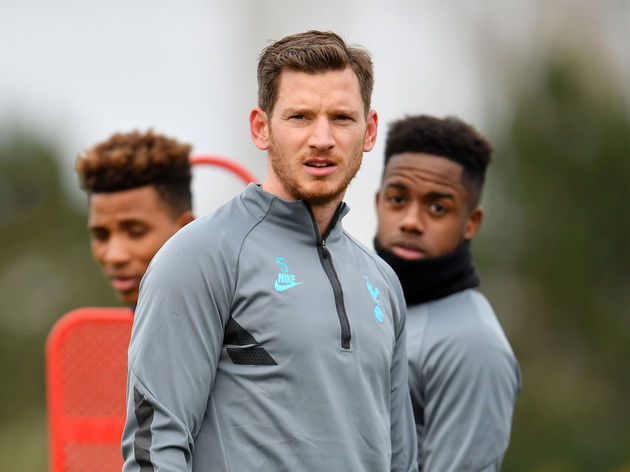 The spokesman said: “We have been supporting Jan and his family through this terribly traumatic time and we encourage anyone who has any information to come forward to help the police with their investigation.”

​Vertonghen had travelled with Spurs to Germany, where the Premier League side were dumped out of the Champions League by RB Leipzig in the Round of 16. José Mourinho's men needed to overturn a one-goal deficit from their defeat at the Tottenham Hotspur stadium, but they were hammered 3-0 by their German opponents.