​Nigel Pearson is not your ordinary manager. He was there when West Bromwich Albion became the first team in Premier League history to avoid relegation after being bottom of the table at Christmas. He was at the helm when Leicester City defied all the odds by staying up in their debut season back in the top flight in 2015. We all know how that ended.

And the 56-year-old has taken on another incredible challenge this year, aiming to help Watford escape the Premier League trap door, after they notched only one win in their opening 15 games of the campaign under two separate managers. But the struggling Hornets have picked up some impressive results since Pearson's arrival, including a 3-0 victory over league leaders Liverpool, becoming the first side to beat the Reds in the league this season in the process.

But while speaking to ​The Telegraph, the Watford boss admitted that he and his players 'can't

“With ​Leicester, it was a team which had been together all season, needed snookers, and got out of it,” he said. “At West Brom, we had all that crap about no team surviving who were bottom at Christmas and stayed up, so really, who cares?

“We can’t afford to pat ourselves on the back and dwell on the Liverpool result, we have to move on. If you said to me we’d be thumped by them on the day and stay up, I’d have taken that.

“The fear factor of being in a relegation battle, and how that pressure can erode confidence and self-belief, can be quite damaging. For players to perform near their best every week is commendable.” 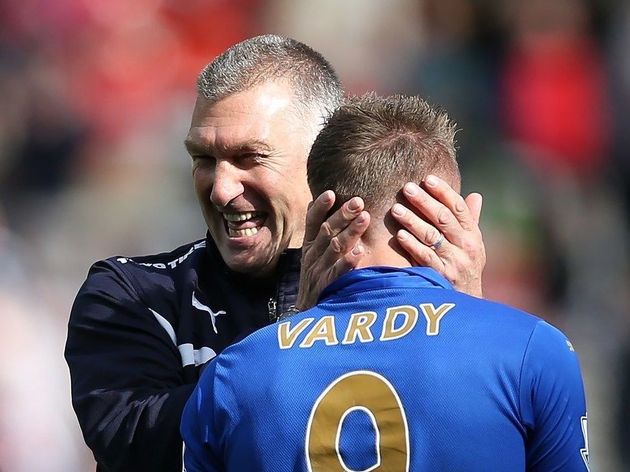 One strength that Pearson will draw from in his current situation is the miraculous survival season he enjoyed with Leicester, who then went on to incredibly win the title under Claudio Ranieri a year later. Looking back on his time with the Foxes, the coach reminisced over the signing of ​Jamie Vardy, and how close the England man came to quitting the game.

“When we signed him, people were saying we were mad,” he says. “Early on there was a period when he wasn’t scoring and people were asking questions and moaning. There were rumours about him wanting to go back to Sheffield Wednesday, or even packing it in.

“He had a crisis of confidence but I said, ‘I’m just going to keep playing you’. There was a lot of ‘we believe in you’. It wasn’t all fluffy like that – there was probably some ‘f***ing get on with it’, too. We never envisaged him hitting the heights he did."

Although Pearson is seen as very old-school in his approach as a coach, he is definitely somewhat of a maverick outside of the football bubble. The ​Watford boss stated he hates the term 'bucket lists' when referring to life ambitions, and hopes to ' “I once did a barrel race. On the Saturday night my mate John called me and asked me to do it, with a team of doctors. Someone had pulled out. When John comes up with an idea, I find it difficult to turn him down,” he says. "I think we came last. Some Olympic fell runners came first, in a ridiculous time. That was quite bizarre.

“I love the other side of life, I like to do what interests me. People talk about bucket lists – I hate that. You might as well call it the coffin list,” Pearson said.

“I hope I retain the appetite to find new things to stimulate me, whether that’s travel or finding new interests. I’ll always go out and enjoy nature and the countryside, because it’s a big part of my life. I’m sure I’ll find some more madcap things to get involved in – I don’t expect that to change until the day I peg it.”

One thing is for sure, stay away from Pearson's mate, John.