England women's manager Phil Neville is to discuss his future ​with the FA next week following the Lionesses' limp SheBelieves Cup performance.

Neville's side went into the competition as defending champions but registered just one win and one goal in three games against the USA, Japan and Spain.

A ​1-0 defeat to​ Spain, a side ranked seven places below England in the FIFA rankings, means it's now three wins in 11 for the Lionesses. According to the ​Daily Mail, Neville is considering his future and will have a meeting with 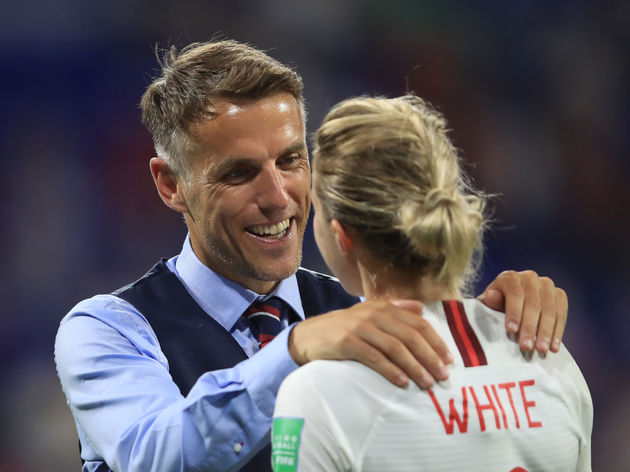 Midfielder Keira Walsh considered her future in the game after the abuse she received on social media during the World Cup.

The 43-year-old has been in the hot seat for just over two years and has 15 months remaining on the deal he signed when he was first appointed in 2018.

A tough night in Texas, as our #SheBelievesCup ends in defeat to Spain. pic.twitter.com/pQcfkVNnVS

The initial appointment attracted considerable criticism, with Neville never having had a full time managerial position before and never having worked in the ​women's game.

However, following former manager Mark Sampson's sacking, many more experienced candidates had no interest in the job.

The FA have previously shown faith in Neville when he has been under pressure, appointing him as GB coach for the 2020 Tokyo Olympics and allowing him to appoint previous USA fitness coach Dawn Scott, demonstrating the confidence they have in his long term vision.