English football's top four divisions have been placed on hold until at least April 4, due to the coronavirus pandemic.

Germany joined Spain, Italy, Portugal and the Netherlands in suspending their domestic leagues on Friday, while France have closed doors to all matches, leaving England as the last remaining of Europe's top leagues to take blanket action.

But after ​Arse​nal manager Mikel Arteta and ​Chelsea star Callum Hudson-Odoi tested positive for Covid-19 on Thursday, the league has been suspended until the weekend of April 4, commencing immediately.

The Premier League, FA, EFL and WSL have collectively agreed to postpone the professional game in England

A league statement said: "Premier League, FA, EFL and WSL have collectively agreed to postpone the professional game in England.

"Following a meeting of Shareholders today, it was unanimously decided to suspend the Premier League with the intention of returning on 4 April, subject to medical advice and conditions at the time."

Premier League Chief Executive Richard Masters said: "Above all, we wish Mikel Arteta and Callum Hudson-Odoi speedy recoveries, and everyone else affected by COVID-19. 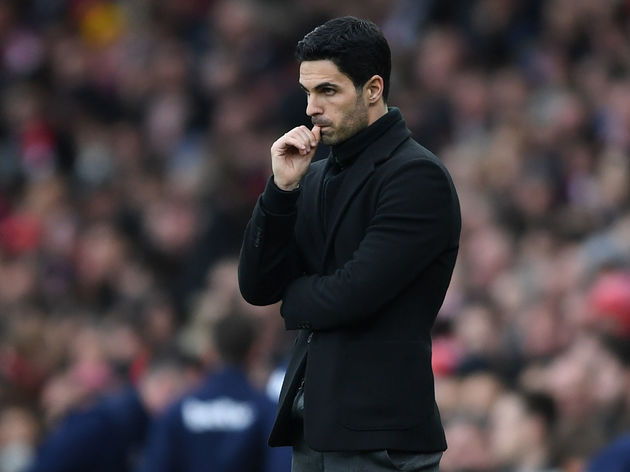 "In this unprecedented situation, we are working closely with our clubs, Government, The FA and EFL and can reassure everyone the health and welfare of players, staff and supporters are our priority."

The league statement continues: "Despite the challenges, it is the Premier League’s aim is to reschedule the displaced fixtures, including those played by Academy sides, when it is safe to do so.

"In this fast-moving environment, further updates will be provided when appropriate."