It's Sunday evening, around 10pm GMT​ and it's been a mad weekend of football. You've watched one game on Friday night, four on Saturday and over the course of a slightly hungover Sabbath you've managed to take in another three.

Surely you're all footballed out? Wrong!

MLS is back in its beautiful Sunday evening slot to ensure that your weekend fix of the beautiful game needn't end before you are ready. We are very, very excited.

The league used to have a bit of a reputation as a retirement home for former ​Premier League players searching for one final pay day. While the standard of the division has skyrocketed over the last several seasons, the same stereotype does still ring fairly true.

Don't believe us? You will by the time you reach the end of this list, with ten (10!) former Premier League players plying their trade in MLS this season. ​Kasey Kellar! Brad Friedel! Tim Howard! Brad Guzan was the latest in a long line of American goalkeepers to grace the Premier League when he signed for ​Aston Villa in 2008.

After seven years at Villa Park - during which Guzan collected runners-up medals in both the FA Cup and League Cup - the stopper finally ended his wait for club silverware when he lifted the MLS Cup in 2018 with Atlanta United. Good for you sir. The Dutchman endured a torrid time at St James Park as a string of bizarre injuries – including a collapsed lung and an eye issue caused by a contact lens mishap – restricted him to a handful of appearances over three seasons.

After spells at Ajax and Sydney FC, the Dutchman's talents are now on display at MLS newbies FC Cincinnati. ​Most famous for scoring a free kick from his own half, ​Signing a 31-year-old Javier Hernandez from West Ham is a strong contender for the most MLS transfer of all time.

Expect the Mexican – who has also previously enjoyed prolific spells at ​Manchester United and Bayer Leverkusen – to score lots and lots of goals for LA Galaxy this season, probably from inside the penalty area. ​On 16 September 2007, Bojan became Barcelona's youngest ever player - overtaking a record held by a guy called ​Lionel Messi. Wonder what happened to him?

Despite being tipped for greatness, the forward's career has been on a downward trajectory since things started to go wrong for him at Stoke.

After having his contract terminated at the Potteries, he signed for Montreal Impact partway through the 2019 season. ​It feels like Nani should be older than 33. The former Manchester United man has had a nomadic existence since departing Old Trafford in 2015, taking in spells at Fenerbahce, Valencia, Lazio and Sporting CP.

Last February he arrived at Orlando City on a three-year deal, scoring 12 goals during his inaugural MLS campaign. ​Signed by Liverpool in 2007, Emiliano Insua failed to live up to his hype while at Anfield, eventually departing for Sporting CP after making little impact.

Nonetheless, the Argentine has still carved out an impressive career, making over 100 appearances for Stuttgart before departing to join LA Galaxy in January - following Die Roten's relegation from the Bundesliga. ​After struggling to break into the ​Arsenal first team, Carlos Vela's career really kicked off when he moved to Real Sociedad in 2012.

The Mexican grabbed 73 goals and 43 assists for La Real over seven seasons before trading life in the Basque region in, for the much easier task of scoring past MLS defences with LAFC. 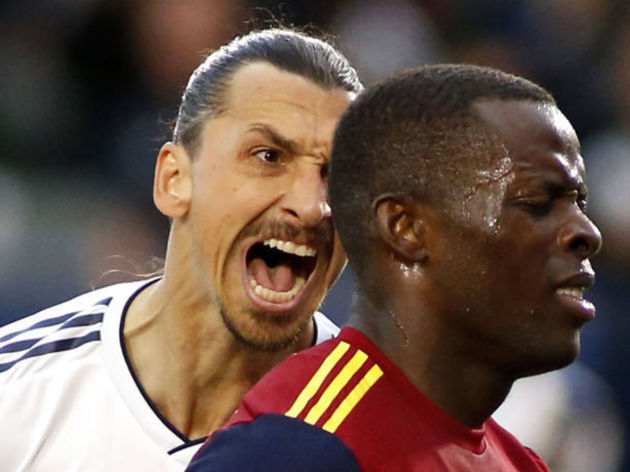 Now 33, the defender is unlikely to hit similar appearance stats in MLS, even though he was ever present for Real Salt Lake last season. ​A strong contender for being the most goal-shy Premier League striker of all time, Jozy Altidore managed to score just once across 42 appearances for Sunderland.

Since joining Toronto FC in 2015, the US international has experienced no such scoring issues, even securing an MLS Cup MVP award in 2017.