Those three are by no means the only sides who are keen on the 24-year-old, who has bagged 27 goals and 11 assists in all competitions this season, but many reports have suggested that Liverpool are leading the race for his signature. Werner is obviously aware of all the speculation, but ahead of his side's meeting with ​Tottenham Hotspur on Tuesday, he admitted (via the ​Daily Mail) he is unsure about whether to join a team with a project or to go somewhere ready-made for success.

"At this time in professional soccer there are two different variations," he began. "​Liverpool​Manchester City

"But this is the question: do you want to go to that kind of team, because the situation is already that hard for each member and you want to be a part of it? That's one point you have to look at."

Put him in front of goal and he is absolutely lethal!  pic.twitter.com/SfweprznDI

So, that sounds like he's a bit concerned about a potential lack of game time, which hardly comes as a surprise. ​Mohamed Salah, ​Sadio Mané and ​Roberto Firmino are the starters up top at Anfield, which could be why the ​Reds were tipped to loan Werner back to Leipzig.

However, he went on to admit that he likes the idea of saving a rebuilding side, and there is no team who needs that more than ​United right now.

"The other side are teams which need some big changes, because they just won a few big titles, but they are not able to compete on the highest level anymore. For me, Manchester United is one of these teams. 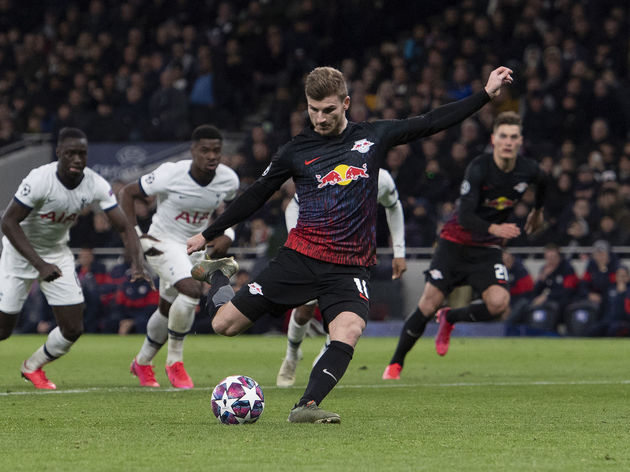 "So at this point of my career I'm asking myself: do I want to be part of a new team, to build up something new, or do I want to stay at my team and make something great?"

Basically, nobody knows where Werner will end up - not even Werner. His destination is uncertain, but that's never going to stop all the rumours. Transfer season is coming, baybee!