Once hailed the most exciting centre back England has ever produced, Stones has prominently struggled in recent years with both form and fitness.

Pep Guardiola, long renowned as the best manager in the world, can’t get a song out of him even when he’s fit, which is a pretty damning indictment. The former Barcelona midfielder and manager paid just shy of £50m in his first transfer window at Manchester City for the young defender, then starring at Everton.

With that price tag comes a great deal of expectation. Stones has offered City some brilliant performances over those four years or so, and he certainly won't go down as a flop in the same way someone like Fernando Torres did at Chelsea. 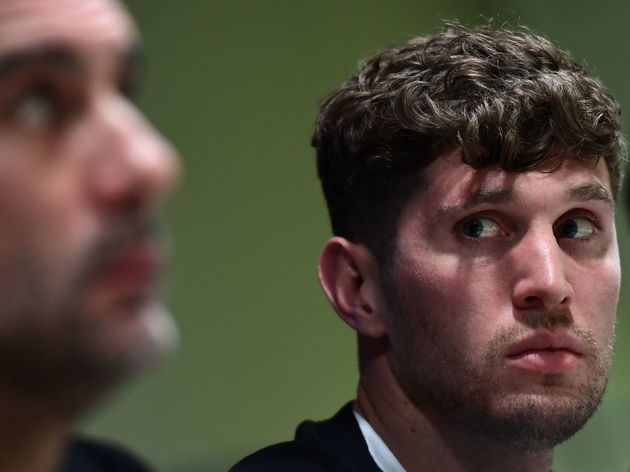 However, he’s regularly failed to live up to the immense promise coaches throughout his career have insisted he possesses. Even when he has been able to sustain a reasonably high level of performance, he hasn't shown it consistently across a full season.

Stones brings City a real dilemma. The club must be battling constantly between either sticking with him for the incredible talent they know he has, or selling him and making a reasonable sum of money, freeing them from the regular injury issues he provides their backroom staff with.

In a recent exclusive, ​90min revealed that ​Arsenal​willing to pay the £50m

England international Stones can’t be blamed for the injuries he suffers, but football is as reactive a sport now as it has ever been. The difference between keeping and selling a player that cost a huge amount of money and demands huge wages like Stones can be massive, even at a club like City.

Would John Stones be a decent signing for Arsenal? Or a step in the wrong direction?! 類 https://t.co/NlffrkvWGW

What has transpired is that Stones has a low tolerance to knocks and collisions, altercations that are part and parcel of being a defender at the top level. For years pundits and managers have defended the howlers he makes twice or thrice a season.

One explanation for Stones’ mistakes at the back is that it's the price you pay for playing progressive defenders who take risks and come out with the ball. But Rio Ferdinand, ​Gerard Piqué and even Aymeric Laporte didn’t find themselves in the number of awkward situations Stones seems to. Calamities leading to goals for ​Burnley, ​Liverpool, ​Bristol City and the Netherlands stick out. On the other hand, it would be cruel and ‘troll-ish’ to describe Stones as a lost cause. If you want to read people sticking the knife into the two-time Premier League winner in a completely unfair way, just scroll through Twitter.

The 2018 World Cup showed the best iteration of Stones we’ve ever seen. He was committed, concentrated, and helped the team move forward, taking it in turns with breakout star ​Harry Maguire to maraud into midfield with the ball at his feet. Two thumping headed goals in the group match against Panama didn’t half help either.

But he hasn’t pushed on. In fact, the career of Stones has been in decline ever since. Injuries and the inevitable absence they cause have accentuated his fall from grace, and Stones hasn’t been himself since arriving home from Russia.

Stones was a long-term investment from a club that all too often think in the short-term. City knew in 2016 that they were signing England’s hottest defensive prospect, and potentially the most exciting defender in the world. At 25 years of age, there is still plenty of growing, improving and maturing that Stones may do. But there is emphasis here on the word ‘may’. City seem to make everyone they sign a better player. In that regard, Stones is an anomaly.

It’s time for them to cash in and let someone else have a go at working with Stones to make him the bobby-dazzler of a defender he’s always been built up to become.