Gerard Piqué Is Nearly as Irreplaceable as Lionel Messi for Barcelona

​When you think of Barcelona, you think of Lionel Messi. The Argentine is a once-in-a-lifetime talent, and finding someone to take over from him when he leaves will be a near impossible task.

When Messi is gone, Barcelona will always be able to find a star forward, albeit one who is probably not on Messi's ludicrously high level. They've always had superstars and they always will.

However, one position which has not been so easy to sort out is centre-back. 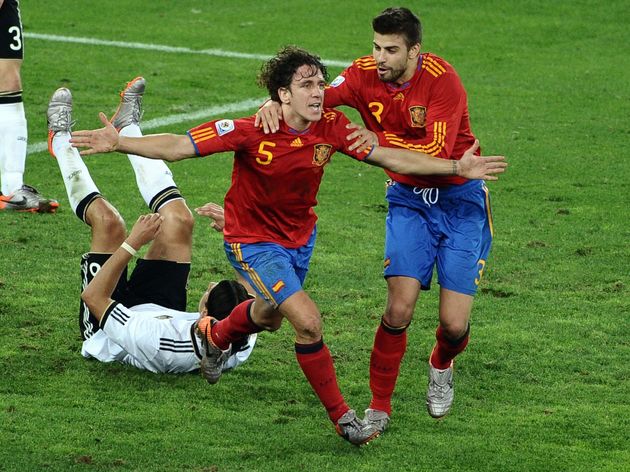 On their quest to replace Puyol, they inadvertently allowed Piqué to take over. But, with Piqué now 33 years old, Barcelona will soon need to replace him and that's a terrifying prospect.

If you have any doubts over Piqué's current level, I'd encourage you to watch Saturday's 1-0 win over Real Sociedad. The Spaniard was up against the reliable Willian José and later the exciting Alexander Isak, and he was utterly superb.

Whenever the ball was near him, Piqué mopped up perfectly. Whether that was in the air or on the ground, he knew exactly what was needed to keep his side safe. Perhaps most impressively, he did it all while carrying an injury, and he was even on a yellow card for the last 30 minutes. There was discipline, desire and sheer quality throughout, and that's what he always does.

While that's obviously all positive, Piqué's time at the club is not eternal. He's going to walk away from the game soon, and what on earth do Barcelona do next?

As it stands, Lenglet will assume Piqué's role, and that's fine. Lenglet has been great for Barcelona, but there will still be a void next to him once Piqué is gone. The defence will be infinitely weaker without him. Finding quality in defence has been a costly operation for Barcelona, and they've hardly succeeded. Sure, Lenglet has been good, but none of their other signings have cut it at Camp Nou.

What Piqué has made clear is that he is an elite, unique talent. Barcelona have spent millions and millions on centre-backs recently, but he consistently outperforms them year after year. Nobody can hold a candle to him. He cannot be replaced.

Is it a scouting problem? Do Barcelona simply not know how to find good defenders who don't waltz out of their academy?

Whatever it is, Barcelona need to figure it out soon.

We've already learned that they struggle to score goals when Messi isn't on top form, but will they also struggle to keep clean sheets once Piqué is gone? They could well be uninspiring at both ends of the field in a year or two, which is a huge problem for a side who dream of global domination.

To replace Piqué without losing any momentum, Barcelona will need to spend big on an elite centre-back, but that's far easier said than done. Teams don't want to sell their best defenders, while Barcelona don't have an infinite pool of money these days.

What do they do?

Well, if the answer was obvious, Barcelona would have probably done it. The fact that they haven't suggests that club officials don't know yet, and they haven't got long to figure it all out.

Without Piqué, the defence will suffer.

Obviously, replacing Messi has to be a primary focus. To dominate, you need a Ballon d'Or candidate in your attack, but you also need elite defenders.

Time to get searching, because Piqué won't be around forever.