Milan fell to a shock 2-1 defeat in front of an empty San Siro on Sunday afternoon, as goals from Goran Pandev and ​Francesco Cassata lifted the visitors out of the relegation zone.

Genoa took a surprise lead inside the opening ten minutes, when Pandev struck from close range to cap off some excellent work from Antonio Sanabria to stun the hosts. Zlatan Ibrahimovic had a great chance to equalise soon after, but his close-range header was parried by Mattia Perin. 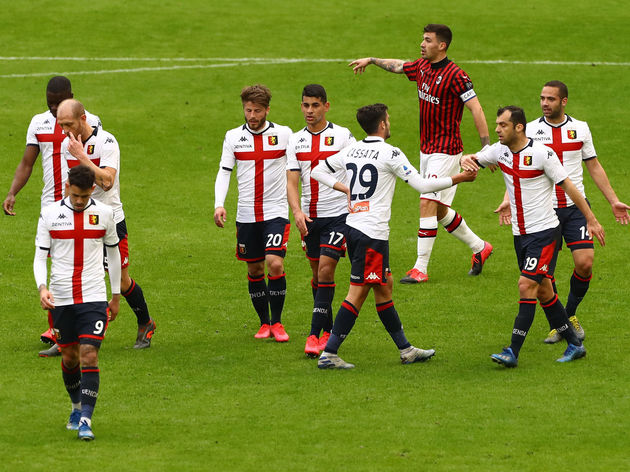 The visitors doubled their lead five minutes before half-time, as another cross from the left-hand side found its way to the far post, and Cassata slid in to tap the ball home. Milan struggled to break down a stubborn Rossoblu side, but Ibrahimovic did finally bring the hosts back into contention with 15 minutes to play, swivelling and volleying the ball into the net following some pinball in the penalty area.

Milan pushed to grab a late equaliser in the final quarter of an hour, but they were left frustrated by a well-organised and dogged Genoa, who clinched a vital three points in their race to escape the drop.

The only small mercy for ​Milan from Sunday's contest was that there were no fans in the stadium to hurl abuse at them. 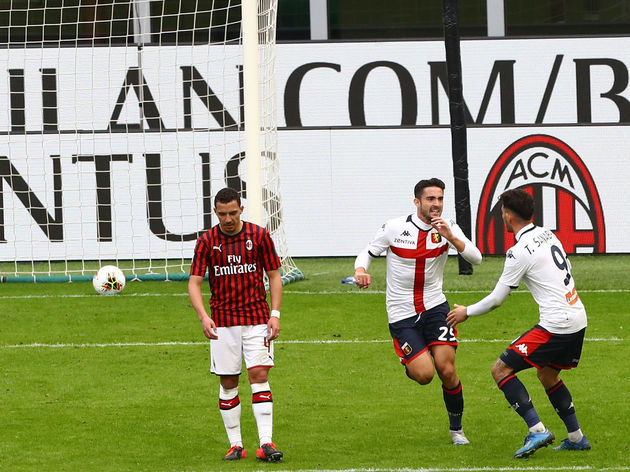 I Rossoblu used the experience of Pandev and the physical presence of Sanabria to bully the Milan centre-backs, and the hosts had no answer to the dynamic counter-attacks of the struggling Serie A side.

The second half was a gruelling watch. Milan prodded and probed the Genoa backline, but failed to work Perin into any serious saves, while Stefano Pioli's men moved the ball from side to side with no real pace or intent. Despite grabbing a goal through Ibrahimovic, the hosts rarely looked good value for a second as the minutes ticked by painfully.

Sometimes having no supporters can be a blessing in disguise.

Amid all the panic, the wayward passes and horrific attempts at goal, one man kept his cool and dragged his team kicking and screaming towards a lifeline. Ibrahimovic looked like a man who had been up against the odds a thousand times before in his long career, and it was his goal that helped Milan get a foothold in the match.

Ibrahimovic played the game purely to serve his teammates, using his strength and experience to produce clever knock-downs and intricate through balls for his fellow attackers. The Swedish superstar then took his goal clinically, turning in the six-yard box to lash the ball home - but he'll be disappointed to have skewed a header wide a couple of minutes later.

It wasn't his best game, don't get me wrong. But there wasn't much to pick from, in fairness.

Milan follow up their tough afternoon with a trip to Lecce next Sunday, as Pioli's men continue their push towards European qualification. Genoa entertain Parma next Saturday, and they will be desperate to pick up more points in their bid to escape the relegation zone.