90min's Definitive A to Z of Borussia Dortmund

A club who needs absolutely no introduction, with their popularity helping to make them one of Germany's top teams, as well as one of the most well supported across the world.

But just how much do you really know about BVB?

Well, strap yourselves in for a quirky history lesson on Borussia Dortmund, with 90min's definitive A to Z for the Black & Yellows. Hubert Dewald wasn't actually connected to Borussia Dortmund in any direct way. He wasn't a football player, manager, or even a fan of the game.

But Father Dewald, a chaplain at

Dewald tried to stop the 40 members of These days, the club are one of the most recognisable - and, crucially, stable, teams across all corners of the planet. Karl-Heinz Riedle's brace would have been enough in their 3-1 win - but Ricken ensured the result was beyond doubt with an outrageous chip.

Truly, a goal for the Champions League history books. Anyway, after winning the Bundesliga title in 2011, 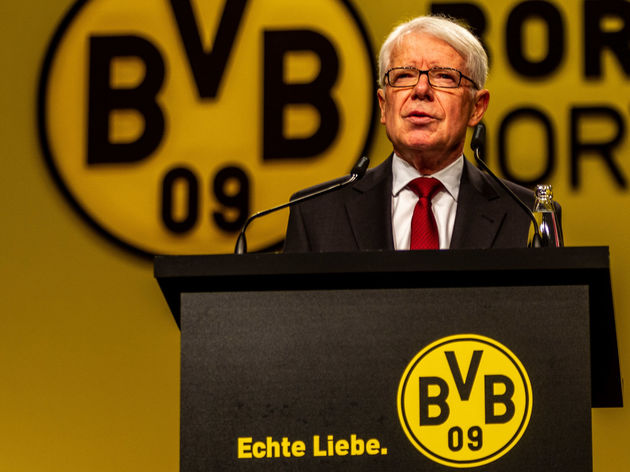 Márcio Amoroso was the top goalscorer in 2001/02, while more recently Robert Lewandowski (13/14) and Pierre-Emerick Aubameyang (16/17) also picked up the Torjägerkanone.