Japan vs England Preview: How to Watch on TV, Live Stream, Kick Off Time & Team News

England return to SheBelieves action against Japan on Sunday, as Phil Neville's Lionesses look to put defeat to USA behind them.

Goals from Christen Press and Carli Lloyd condemned England to a 2-0 defeat, and the onus is now on the players to bounce back against a Japanese side who lost 3-1 to Spain in their opening game.

SheBelieves holders England take on Japan in the second

England face Japan in the second round of ties contesting for the SheBelieves Cup.

Holders England got off to a shaky start with a defeat to hosts USA, and there’s work to do against Japan if they’ve any hope of retaining the cup. The Lionesses have looked wobbly since they exited the World Cup last August, and questions continue to be asked over manager Phil Neville’s future as poor form drags on. Phil Neville's side have been off colour ever since exiting the World Cup last summer, with pressure mounting on the former Manchester United and Everton defender. It's a must win game for the Lionesses, who will hope that Japan's defensive frailties again come to the fore.

England’s SheBelieves Cup campaign was dealt a major blow just 24 hours before departure when Lucy Bronze was ruled out through injury.

Leah Williamson stepped into the breach against USWNT, and although she looked a little uncomfortable operating in an unfamiliar full-back role, she's likely to start once more. Beth Mead will miss out, though, with a knee injury.

Lauren Hemp impressed in the opening game, and she's likely to be rewarded with another start as Neville looks to deliver on his promise of blooding youth. England is in fine form back home in the WSL, heading the goalscoring charts, and her recent match winning display against Arsenal in the Continental Cup final should be enough for her to lead the line.

These two sides have met on five occasions, with England enjoying the superior record to date.

Japan's solitary win came during the 2015 World Cup, as a 2-1 crushed England's hopes of reaching a maiden World Cup final.

The Lionesses' exacted revenge last summer, though, as Ellen White netted twice to ensure England qualified from the group stages of the World Cup with a perfect record. England have faltered since their strong performance in last year’s World Cup. An impressive display against eventual winners USWNT wasn’t enough to get them to the final, and defeat against Sweden in the resulting third-place playoff game was tough to take.

A number of unconvincing friendly displays have since followed, and the performance in the opening game of this year's SheBelieves was laboured to say the least. 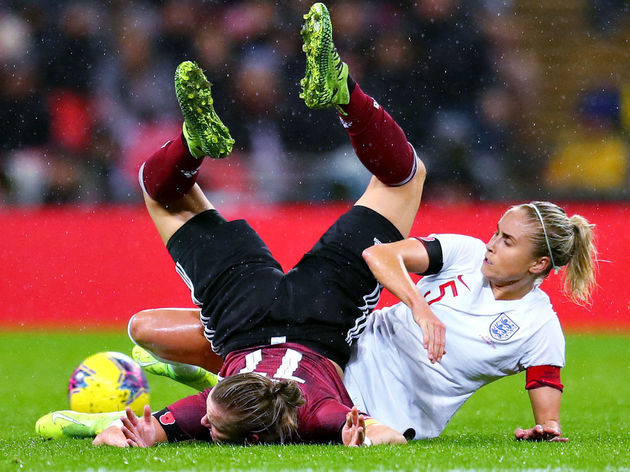 Japan failed to advance from the last 16 of the World Cup, registering just one win in the tournament. Things weren't much better against Spain, with a number of defensive calamities ensuring they fell to a deserved defeat.

Here's how both sides have fared in their last five.


In spite of their recent troubles, England are overwhelming favourites to beat Japan, and Neville's side will be keen to exploit any mental fragility in Japan's defence. The in-form Beth England could be the difference maker up top, and if she's packed her shooting boots, she could help fire the Lionesses to a comfortable win.