​Tottenham Hotspur's Eric Dier has 'accepted' that he could be punished for racing into the stands to confront a fan following his side's recent FA Cup defeat to Norwich.

The 26-year-old played the full 120 minutes as Spurs crashed out of the FA Cup on Wednesday. The Premier League's bottom club equalised late in the game, taking it to extra time before penalties were required.

Jose Mourinho's exited the competition after the shoot-out, with Tim Krul starring for the Canaries. It was a dismal evening for the north Londoners, but Dier's decision to climb into the stands and confront a home supporter after the game dominated the headlines.

Take note of the fan with the orange hood who was abusing Eric Dier and his family.
A keyboard warrior in real life #shoutandrun pic.twitter.com/9z7Giz2y6f

The FA have launched a probe into the clash that occurred on Wednesday evening, and they have asked Dier for his version of events.

The Mirror claim a source close to the Spurs player has explained that he saw his brother Patrick in an angry confrontation with a supporter and, as a result, he felt he had 'no choice' but to go and step in. Moreover, the player is said to have 'accepted' that he could be punished as a result of his actions. The headline of the report even goes as far as to say that Dier expects a 'major ban'.

Patrick was far from pleased after he overheard a fan aiming 'vitriolic abuse' at his brother Eric following their defeat to Norwich - and he opted to challenge the 'supporter.' ​Dier 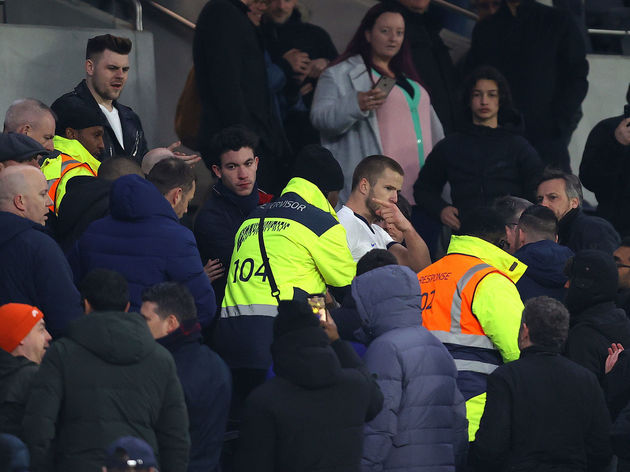 London Metropolitan Police have since ​opened an investigation into what happened, but enquiries are ongoing and there have been no arrests as of yet.