London Metropolitan Police have opened an investigation into Eric Dier's confrontation with a Tottenham fan after their FA Cup exit to Norwich.

​Spurs exited the competition on penalties after grinding out a 1-1 draw with the ​Premier League's bottom side, but the headlines were made after the match when Dier climbed into the stand to confront a home supporter.

The prevailing suggestion is that the fan got into an altercation with Dier's brother over comments made about the defender, an altercation which Dier saw and waded into the crowd to investigate.

Take note of the fan with the orange hood who was abusing Eric Dier and his family.
A keyboard warrior in real life #shoutandrun pic.twitter.com/9z7Giz2y6f

A police statement, as relayed by the ​Evening Standard, reads: ​NorwichOfficers have reviewed footage of the incident and enquiries are ongoing. There have been no arrests.”

Both Spurs and the FA are thought to be investigating separately, but the club are united behind their player, with José Mourinho ​speaking out in defence of Dier's actions after the match. While he accepted that the player crossed a line, he said the actions were justified by the severity of what was said, and that anyone would have reacted the same way. 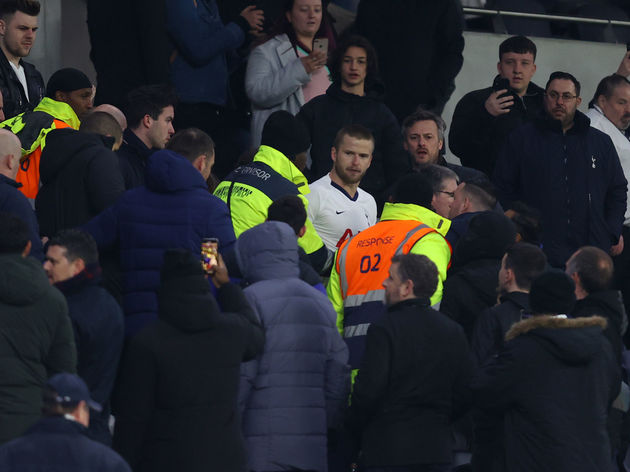 Burnley manager Sean Dyche is another to have spoken out in support of the player, saying as quoted by the ​Lancashire Telegraph: "You manage a group of people but they are people and everyone has a moment when enough is enough. We have to try and watch our language as well on the sidelines, which is not easy.