Jürgen Klopp Bats Away Coronavirus Questions in 'What Do I Know!?' Rant

Jürgen Klopp was in no mood to take on questions about coronavirus after his Liverpool side were defeated 2-0 by Chelsea in the FA Cup fifth round on Tuesday.

The Blues were dominant in a game which ended in Liverpool's third defeat in four games, leaving manager Klopp in a frustrated frame of mind post-match.

Jurgen Klopp's response when asked about Coronavirus is absolutely class. This man speaks so much sense, absolutely spot on.  pic.twitter.com/NlfxlNQ9Iu

He was asked whether he had any concerns about the spread of the virus and its implications on ​Liverpool's squad, but the 52-year-old was uninterested in answering such questions, suggesting that they're instead aimed at medical experts. 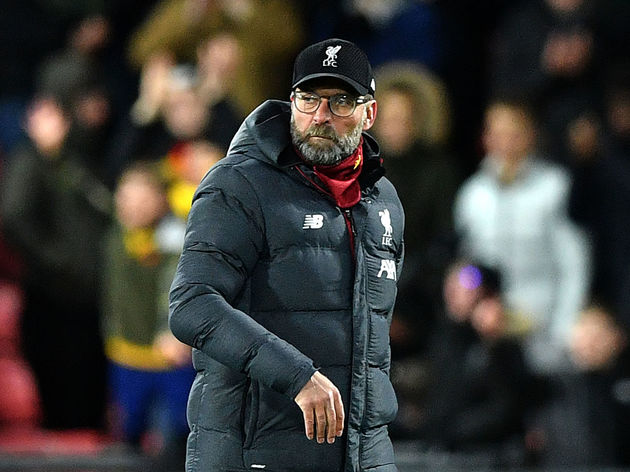 The German - who lead ​Liverpool to European and global success over the course of 2019 - continued his rant, insisting that his opinion on the matter has little importance.

Hard, to be fair, to argue.
Related Topics:
Transfer News