For all his individual achievements, Kane is yet to win any silverware with Spurs and it is not the first time this season questions have been asked about his future at the club, after it was rumoured in October that he has become ‘disillusioned’. With Spurs falling just short of major success throughout his time with them, ​The Times previously noted the club ‘fear he is losing patience’. And despite the arrival of Jose Mourinho since then, they are no closer to winning anything or re-qualifying for the ​Champions League.

The FA Cup remains their best bet of a trophy ahead of a fifth round clash with Norwich, but their top four (potentially top five) hopes have taken a knock in recent weeks after back-to-back defeats.

According to the Daily Telegraph, Spurs are faced with the challenge this summer of persuading Kane that he does not need to leave the club in order to take his career to the next level.

The newspaper expresses doubt as to whether that will be possible if Spurs both fail to win a trophy and miss out on a Champions League place. But it is said that chairman Daniel Levy ‘will believe’ he can keep hold of Kane, perhaps even offering the England captain a pay rise. Now at a peak age of 26, Kane still has another four years left on his current contract and is thought to be valued by his club in excess of £150m.

It is unclear where Kane could go if he were to leave Spurs. Despite his goal record, his price tag combined with his recent injury record may cause potential suitors to think twice, although the likes of Manchester United, Real Madrid and Barcelona will almost certainly be linked.

Spurs need to significantly improve the squad, but Mourinho has ruled out a summer overhaul. 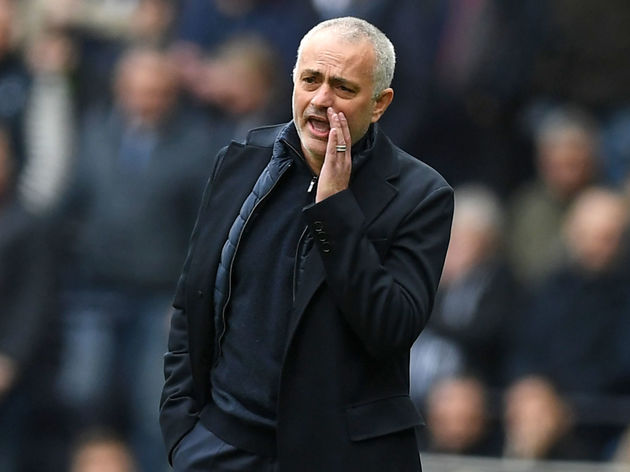