The number of confirmed cases in the UK was confirmed by health secretary Matt Hancock at 51 on Tuesday afternoon, rising from 39 the previous day. The government had earlier warned on Monday that the virus is a 'problem' that is 'likely to become more significant'.

Prime Minister Boris Johnson says coronavirus is “a problem” that is “likely to become more significant” in the UK but for the moment, people should go about “business as usual”

Last week, Inter played a Europa League match against Ludogorets Razgrad behind closed doors at San Siro. Italy has so far been the worst affected country in Europe and had already taken preventative measures by postponing a number of other domestic games.

If the virus continues to spread in the UK, similar measures might be considered.

The Daily Mail reports that the Premier League and FA have so far discussed how games could be held without fans in stadiums. Cancelling games would mean serious financial losses and so continuing to play behind closed doors is the preferable option.

Broadcasters are also believed to be keen for games not to be cancelled completely. 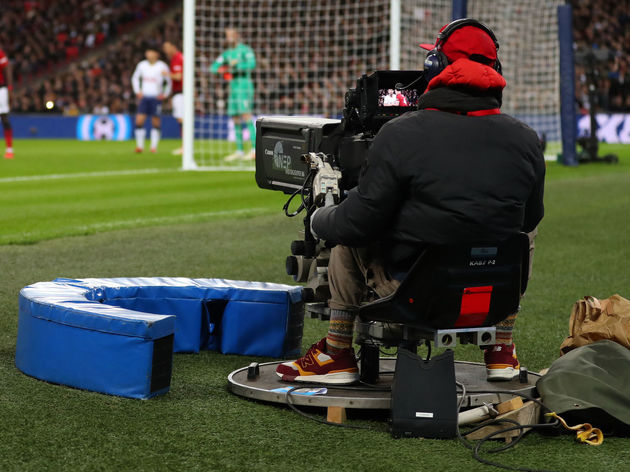 It is said that the FA, in particular, has raised the issue of ‘solidarity payments’ being made available to lower division clubs, who may rely on matchday revenue far more than Premier League teams.

It is thought that neither the Premier League nor the FA will act unless advised to do so by the government. UEFA are equally allowing themselves to be led on the matter by health authorities and national governments, with Euro 2020 potentially at risk if the crisis worsens.

The 2020 Olympics in Tokyo could yet be postponed until later in the year, with Japan’s Olympic minister Seiko Hashimoto telling the country’s parliament this week that the only obligation with the International Olympic Committee (IOC) is that the Games are held before the end of 2020.

This is what the 2020 Tokyo Marathon looks like in the age of novel coronavirus. ‘Social distancing’ means a normally festive and colorful event is replaced by just 300 elite hundred runners and 600 volunteers along nearly empty streets. Is this a preview of Tokyo 2020 Olympics? pic.twitter.com/cFrJpc5kTR

“The contract calls for the games to be held within 2020. That could be interpreted as allowing a postponement. We are doing all we can to ensure that the Games go ahead as planned,” Hashimoto said this week.