VAR (or Video Assistant Referee) was introduced in the Premier League this season, following trials at the 2018 World Cup and last season’s Champions League respectively.

However, despite being introduced to remove debate about the grey areas of football refereeing, VAR has only managed to do the opposite so far, as inconsistent and questionable decisions have affected results and dominated the post-match talking points this season.

Jarred Gillett was VAR official today. Never reffed a PL game. Has reffed 9 Football League games (and 2 Carabao Cup). That decision was a farce, as is the lack of explanation as to why the referee was overruled. Surely we have to hear the conversation like in cricket/rugby?

The 22 February, for example, saw ​Bournemouth denied an equaliser and eventual winners Burnley awarded a penalty all in the same one decision. It was a call and a match overall that left Bournemouth manager Eddie Howe feeling 'very harshly treated'. ​Burnley won 3-0.

According to ​Sky Sports, the sport’s lawmakers are considering introducing the same audible VAR setup currently used in Rugby Union, where it has been employed with little fuss since its introduction in 2001. 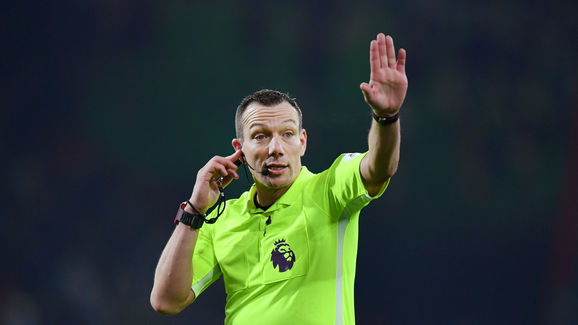 It would allow spectators to hear the decisions being made live, as referees at Stockley Park communicate with the on-field match referee to come to the right decision.

As things stand, ​Premier League stadium big screens simply show the words ‘VAR COMPLETE’, followed by the decision made, but no explanation of it. As a result, clarity over decisions and communication in-stadium have been big issues for match-going fans.

NEW: Football lawmakers will review whether to allow any communication between the referee and VAR to be heard by supporters during games. #SSN

Ex-referee David Elleray spoke to Sky Sports News about how he feels VAR has been implemented into English football’s top flight, saying: “I think most people would say that it hasn't been a howling success.

“But many lessons have been learned and those lessons will be put into place next year. I think we've been aware over the last four years or so of VAR that any competition that has started using it, that it hasn't always gone well at the beginning."