4 of the Best Moments of Eusebio's Career

Eusebio was a remarkable footballer; lightning-quick, and with the innate ability to create something from nothing. Such was his talent at the time that he became a trailblazer for African footballers.

He had an astonishing scoring record. There's prolific, and then there's Eusebio. The Portuguese international averaged more than a goal a game in over 600 appearances for Benfica.

Here are four of his best moments from Eusebio's esteemed career. 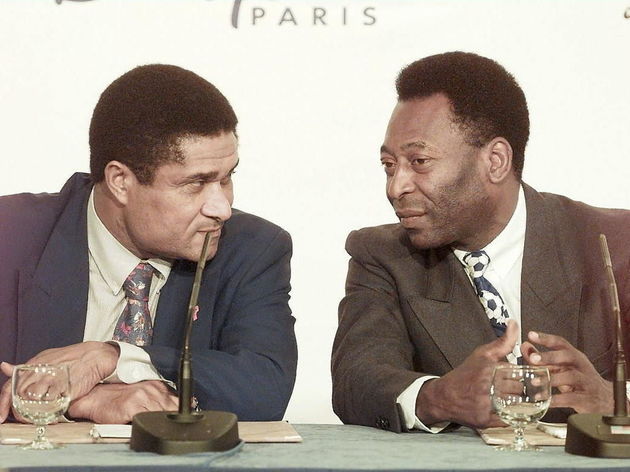 In 1961, Benfica were invited to play in the invitational Tou​rnoi de Paris, with Benfica reaching the final against a Pele-inspired Santos side.

Eusebio had only featured a handful of times for the Portuguese outfit at this point in his career, and was thrust onto the pitch in the second half with Benfica trailing 4-0.

The forward announced himself to the world by scoring a 17-minute hat-trick and winning his side a penalty. Although Santos Benfica came up against the might of Real Madrid in the 1962 European Cup final, aiming to secure their second European Cup in successive seasons.

Eusebio scored twice in the space of five minutes as Benfica ran out 5-3 winners over a Real side containing fellow greats Alfredo de Stefano and Ferenc Puskas​.

At full time, he swapped shirts with Puskas, who had scored a hat-trick in the final, a symbolic passing of the baton from football's greatest goalscorer to the future world beater.

That season, Eusebio finished runner up in the European Footballer of the Year award. Quite a way to conclude your first-ever season as a professional footballer. Eusebio didn't have to wait long to get his hands on the top individual prize in world football, as his stunning displays saw him crowned European Footballer of the Year in 1965.

He played pivotal part of the Benfica side that won the Primeira Liga for a third year in a row. Eusebio would also go on to finish runner-up in the award the following year. In the group stages, he scored twice against defending champions Brazil - including a fabulous volley - to set up the famous quarter-final against North Korea.

Portugal were trailing 3-0, until Eusebio inspired an astonishing turnaround, scoring four goals as Portugal staged a remarkable fightback and won 5-3.