​Chelsea are ready to reduce their asking price for striker Michy Batshuayi this summer with a number of Premier League clubs vying for his signature, but the attacker could instead run down his deal at Stamford Bridge.

Batshuayi joined the Blues back in 2016 from Marseille, but has failed to make a significant impression at the club - he has been loaned out three separate times during his stint in west London.

The Belgian has never really been in favour at Stamford Bridge and has started just one Premier League game this season. Batshuayi was heavily linked with a move away from the club in January.

According to ​The Sun, the Blues are now willing to slash his asking price this summer in a bid to push him towards a Chelsea exit, with the fee Frank Lampard's side wanted in January rumoured to be £40m.

​Newcastle, ​West Ham and Crystal Palace were all touted with a move for the forward to help bolster their attacking options last transfer window, but the 26-year-old stayed put instead.

But with his contract set to expire in June 2021, ​Batshuayi may decide to run his contract down and leave the club for free when his deal is up.

​Chelsea want to avoid this at all costs, and, as a result, will lower their demands for the out-of-favour forward from their £40m 'peak valuation' this summer. 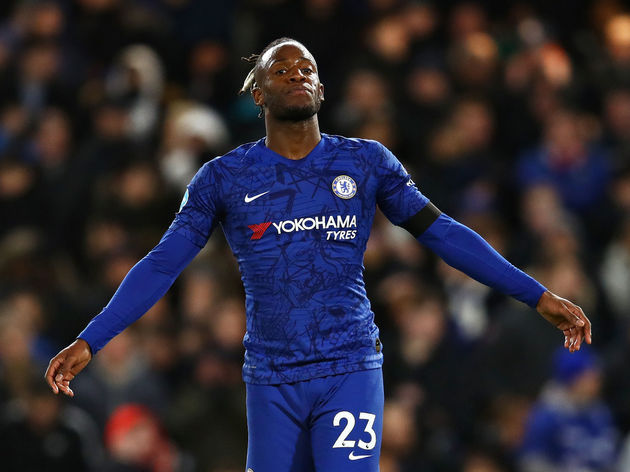 Batshuayi has featured just 77 times for the club since his arrival, scoring 25 goals and registering six assists, and his successful Crystal Palace loan spell at the end of last season has made him a target for a number of ​Premier League clubs.

As a result of his time at the Eagles, Batshuayi may have a preference to re-join Roy Hodgson's side, where he would be almost guaranteed first-team football due to ​Crystal Palace's lack of attacking options.

However, one thing that seems almost inevitable is that Batshuayi's Chelsea career is coming to an end.