The Red Devils are currently fifth in the Premier League, a point above previous manager José Mourinho’s Tottenham side, but also three points behind Chelsea, who occupy a Champions League place. 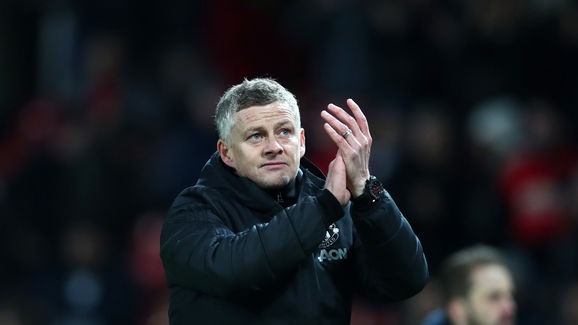 Though it has been a mixed season for United, who have finished higher than fourth just once since Sir Alex Ferguson left in 2013, Serbian international Matić believes that his manager has shown a marked improvement since taking over from Mourinho in December 2018.

“Every day he [Solskjær] is improving, getting more experience," Matić commented to ​Sky Sports, going on to place his current manager in some pretty esteemed company.

“Like every manager, even Carlo Ancelotti, now and 20 years ago he is not the same.

“He knows more, he gets more experience, so it will be the same with Ole. He is a much better manager than one year ago, in my opinion.”

3 - Manchester United are three goals ahead at half-time at Old Trafford for the first time since December 2018 under José Mourinho (3-0 v Fulham in the Premier League). Dominant. #UEFAEuropaLeague pic.twitter.com/z143b3EcpW

This run has seen United limit Chelsea to a single shot on target in an impressive 2-0 away victory at Stamford Bridge, and rout Club Brugge 6-1 on aggregate to set up a Europa League round of 16 tie with Austrian side LASK.

When Nemanja Matic has played this season: 14 clean sheets

Is he the most underrated and under appreciated player in our team? 樂 pic.twitter.com/Vfe4Yfgs5i

Matić, whose contract expires this summer, has been linked with a number of sides in Europe and the MLS.

The defensive midfielder has nonetheless remained professional throughout, featuring in five of seven fixtures during the Red Devils’ recent upturn in fortunes, and drawing plaudits for a series of tenacious performances.

Man Utd face Everton in the Premier League on Sunday