Despite looking set for the exit door at Spurs, Alderweireld’s career at Spurs has taken an astonishing change of direction, with the centre-back having signed a new deal and now finding himself firmly back in the starting XI. 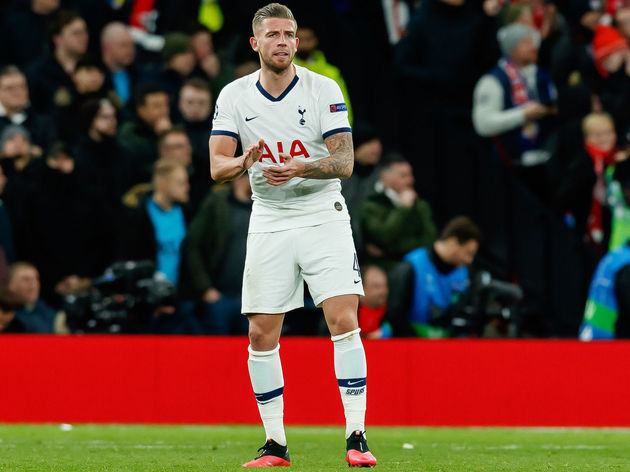 After the birth of his son just hours before the trip to ​Aston Villa earlier this month, ​Alderweireld surprised some by making himself available for selection for the game, citing that incident as an example of the impact Mourinho has on his teams.

“For me Jose Mourinho is an unbelievable people manager, someone who you want to travel eight hours by road to play on a Sunday after your son is born,” he said, quoted by ​the Mail. “That’s the feeling you get, the feeling I have for him. You don’t want to disappoint him.” He added: “I guess it looks like I am happier now because the former manager left and I signed a deal. But I was happy back then as well. There were a lot of things going on behind the contract but I’ve always been happy at Spurs and will always do my best for Spurs.

“The more options I got the more I had to choose what I wanted and I was just like: ‘I want to stay at Spurs’.

“With a second child on the way I just wanted to stay and when the new manager came in he just asked me if I wanted to sign. After that the process went a little bit quicker because he did some things. I don’t know what the club’s tactics were. But when Jose came in it moved a bit quicker.”

Prior to Mourinho’s appointment, the club were enduring a turbulent time under the stewardship of Mauricio Pochettino.

Despite the former boss leaving with the club languishing in 14th place in the ​Premier League, Alderweireld insisted that the club still owe the Argentinian a great deal of gratitude, putting their poor early season form down in part to their ​Champions League final defeat to Liverpool. “Let’s be honest, he brought this club to the next level and I am grateful for what he did for the club. I think everyone is,” reflected Alderweireld. “Maybe we didn’t realise it at the time. Things like that [the Champions League final defeat] are difficult to get out of your system. You say to yourself you will go again but under your skin it’s like: ‘Arrrghh’. It takes time to recover.

“He [Pochettino] worked us so hard, the hardest of everyone. Everyone made that next step towards professionalism under him. He made a young team take big steps. So in that moment when you suddenly realise it’s not working any more, it is very difficult to accept that. Very difficult, yeah. We were in that story with him. I will never say a bad word about him.”