​Leicester City manager Brendan Rodgers has admitted he his hopeful that contract negotiations with midfielder James Maddison will soon lead to the Englishman penning a new deal.

The 23-year-old has been in electric form for the Foxes this season and has attracted interest from Manchester United, who have been tipped to launch a summer bid for the playmaker. The rumour mill continues to churn out stories of a potential switch to Old Trafford, but Rodgers has dismissed them all and insisted (via ​Sky Sports) that Maddison only wants to remain at ​Leicester.

"Talks have been ongoing with the club and his representatives," said Rodgers.

It was confirmed to 90min back in November 2019 that Maddison was ​eager to extend his stay at the King Power Stadium, and Rodgers' latest words suggest talks have progressed well. How nice.

Fortunately for ​United, this news isn't going to come as a huge blow. The Red Devils are already thought to have turned their attention to ​Aston Villa's Jack Grealish, so it's not like they will be too disappointed. As for Maddison, he will return to Carrow Road on Friday night to face ​Norwich City for the first time since leaving the club

"When I have spoken to him on it, he will always be grateful for the opportunity he got there because he was a young player out of League One," Rodgers said.

"When he first arrived it didn't quite happen for him, but Daniel came in and gave him that opportunity, and that opportunity allowed him to join us in the ​Premier League. 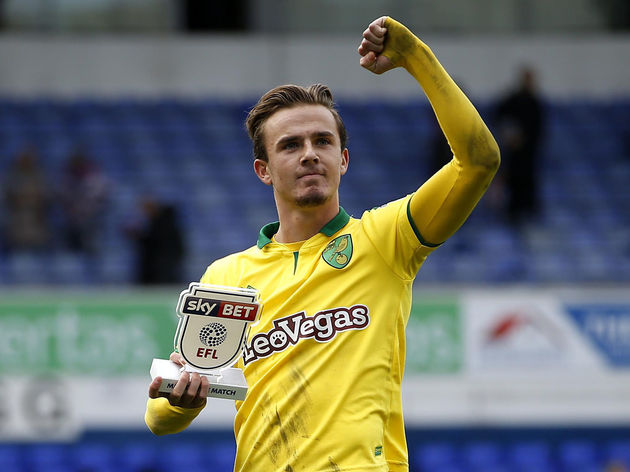 "He will always be thankful and grateful for what Norwich gave him. They gave him a great platform and he has come to here. He knows he is employed by Leicester City. The money is in his bank every month and he wants to do his very best for Leicester City, so sentiment doesn't come into it."