Liverpool starlet Harvey Elliott is set to be handed a new three-year contract at the end of the season.

The 16-year-old has performed well when called upon this campaign, impressing in the Carabao Cup and FA Cup. He also made a brief appearance in the Premier League earlier this month during the Reds' 2-0 win against Sheffield United. ​Liverpool are keen to tie Elliott down to a long-term contract, and they appear to have got their wish. ​Paul Joyce reports that the youngster will sign a deal that runs to 2023 in the summer, after he turns 17 in April. This isn't the only negotiation involving the teenager at the moment – with an ongoing tribunal between the Reds and Fulham yet to be settled, the latter hoping to be awarded at least £7m for their part in his development.

Elliott became the youngest player to play in the Carabao Cup last season, after coming on during former club Fulham's third round meeting with Millwall in September 2018. ​Premier League.

However, it has not all been plain sailing in his career so far. Elliott was suspended from club football for 14 days in October as a result of an offensive video posted about Harry Kane. 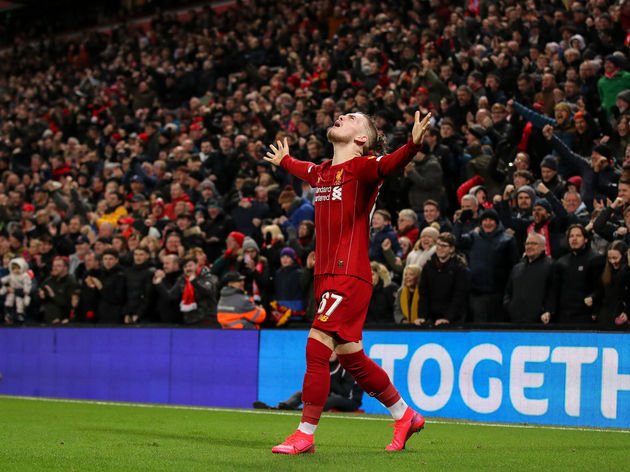 An ​FA statement at the time read: "

He was also fined £350 and issued an apology for his actions, which he claimed did not "

Elliott is the latest in a long line of Liverpool players to agree a new contract this campaign. Back in December alone, 34-year-old James Milner ​penned fresh terms while Jurgen Klopp also ​extended his stay at Anfield.