Patrik Andersson: Andersson represented Sweden at Euro 1992 and Euro 2000. He played every minute in the group stages of Euro 1992 as Sweden topped the group by beating eventual winners Denmark and knocking out England. However, Andersson missed out on a place in the semi-final starting XI due to suspension.

Olof Mellberg: Former Aston Villa and Juventus defender Olof Mellberg went to four European Championships with Sweden, in an international career that spanned 12 years. He won 117 caps and captained his country at Euro 2004, as Sweden topped their group. However, Mellberg missed the crucial penalty in the shootout defeat to Holland in the quarter finals.

Jan Eriksson: Jan Eriksson scored his country's first goal at a European Championships in 1992, heading home from a corner, before scoring one week later in their 2-1 victory over England. The defender played every minute during Sweden's run to the semi finals, and only ever came close to bettering this career highlight in 1997 when he made one solitary appearance for Sunderland. Freddie Ljungberg: Silky winger Freddie Ljungberg is one of Sweden's all time greats. He played at three European Championships, captaining his country at Euro 2008. Ljungberg scored the opening goal during Sweden's 5-0 thrashing of Bulgaria, one of 14 goals he hit for Sweden in 75 appearances. 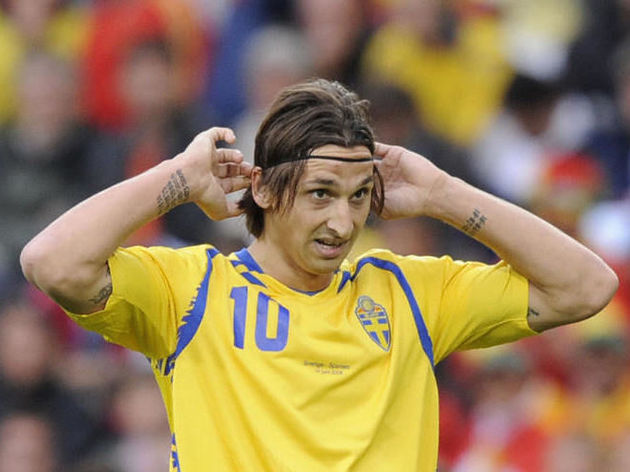 Zlatan Ibrahimovic: With 62 goals in 116 appearances, Zlatan Ibrahimovic is Sweden's all-time top scorer. He played at four European Championships, scoring six goals in the process, one of which was a fabulous back-heeled lob to equalise against Italy five minutes from time at Euro 2004. Eight years later, Ibrahimovic's stunning volley against France won goal of the tournament.

Kennet Andersson: Renowned for his aerial prowess, Kennet Andersson was an integral part of the Sweden team that made it to the Euro 92 semi finals. He scored 31 times in 83 appearances for his country, including in the last four against Germany at Euro 92.

Henrik Larsson: Regarded as one of the greatest Swedish players to ever grace the football pitch, Henrik Larsson scored 37 times in 106 appearances. He found the net three times in four games at Euro 2004, including a beautiful diving header against Bulgaria, soaring through the air to meet the ball emphatically.