From Turin - Cheese and wine, cigarettes and coffee, Kappa and Italian football; s 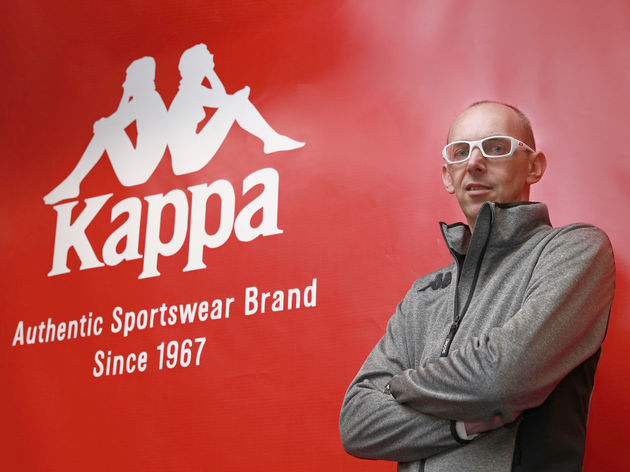 The elasticity of the shirt gave the attacker the advantage, offering 50cm of stretch to give them that extra yard. Over the past 20 years, the design has famously been replicated for the likes of Roma, ​Napoli and AJ Auxerre.

​For you, what is the most iconic Kappa Kombat jersey? What do you think will be the next innovation in football technology and for Kappa?

"I am very happy because we have taken again Monaco in France, Real Betis in Spain and Panathinaikos in Greece which is a new team that is a part of our story."

Being from Turin, would you like to make Juventus' kits again one day?

"I spent eight, nine years of my life with Juventus. I remember by first meeting with Juve I was 21 years old, and with Barcelona, so I spent a long time working with Juventus. But Juventus for us at this moment, they are on another level [laughs]. "Our two main competitors Nike and adidas at this moment are on another level, so we work day by day to take our position. But we are happy, I don't know exactly we are about fifth, sixth position around the world.

"The brand is very strong, we are global, the brand is growing very well, very strong in South America and in Asia, finally we are also in the USA."

Who came up with the idea of the 'Kombat skin'?

"The 'Kombat skin' with the seamless technology, the first prototype was 15 years ago, it was the same machine that produced socks. When I tried to create the first prototype the problem was that the machines available on the market had a maximum size for a three-year-old. "The 'Kombat skin' is the extreme situation, I saw that for so many players it was a psychological approach."

Did you make the shirt to help the players or the referee?

"First and foremost, it's for the player. Because in the end it's the player that plays soccer. Sure, that it's also important to consider the referee in certain situations, but our first mission is to help the players, to help the athletes."