The 28-year-old joined the Eagles from Newcastle in the summer of 2016 after spending just five months in the north east, opting to return to the capital after the Magpies were relegated from the top flight. 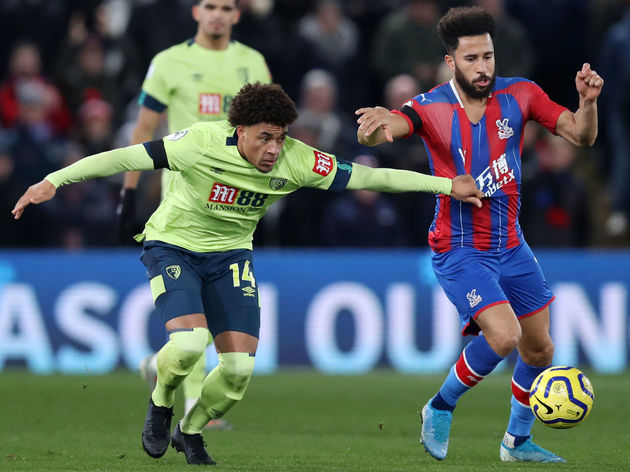 With his contract due to expire soon and the club handing out new contracts to other players, Townsend has now answered questions on his own future after being put on the spot during an interview with talkSPO​RT.

Speaking to host Jim White, Townsend replied when asked if he'd be extending his stay: "I think that's obviously a question for the chairman [Steve Parish], or the owners. I'm extremely happy at Palace. I've spent the best years of my career here.

“I've got under 18 months now so when you see the chairman, do ask him that question!”

Townsend signed a five-year contract when he joined ​Palace in July 2016, for a fee of around £13m. The London-born winger has not had a contract renewal since his arrival in south London, meaning he has just 16 months left on his current deal.

Townsend has netted just one goal in 16 appearances this season, back in September in a 2-0 win against ​Norwich, and he's failed to have the desired impact he would no doubt like to have this season. Palace have already been negotiating contract renewals this month, and are reportedly looking to extend manager Roy Hodgson’s deal too. The Evening Standard report that the club are certain that they can agree a one-year extension, with Hodgson having been at the club since 2017.

As well as Hodgson, chairman Steve Parish has been working on tying down a number of players. Two players are due to become free agents at the end of the season, with a total of 14 players seeing their contracts expire by 2021.

Centre-back Scott Dann has just four months left on his contract, while Patrick van Aanholt, Vicente Guaita and Christian Benteke are among those whose deals run until the end of next season. Currently, Palace sit 13th in the ​Premier League, eight points off the European spots. They have a big derby coming up next, when they travel to ​Brighton on 29 February.