Former Arsenal boss Arsène Wenger has taken a swipe at Bundesliga giants Bayern Munich, for the role they played in Serge Gnabry's departure from north London in 2016.

The German star came through the ranks at Arsenal, but having struggled to settle into life in the Premier League, the youngster left the Emirates and joined Werder Bremen, before moving to Bayern a year later. 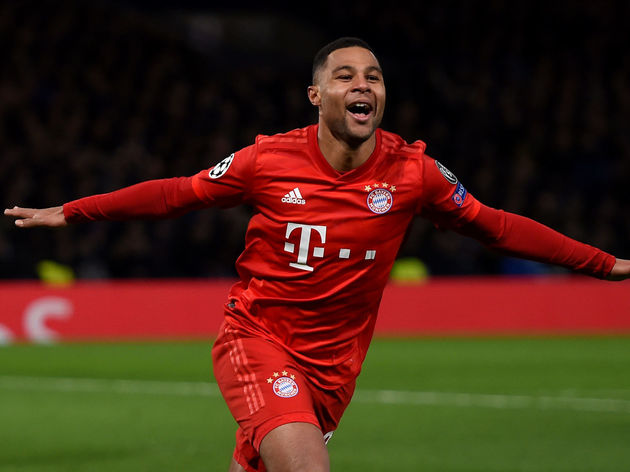 But Gnabry's decision to leave Arsenal shocked then Gunners coach Wenger, and the Frenchman lashed out at Bayern on Be​inSports, believing they were already in contact with the forward before his move to Bremen, and that the German giants 'stole him away'.

"We had an agreement with him and then Bayern stole him away from Werder Bremen. Then suddenly he was asked to sign his new contract and wanted to go to Werder Bremen.

“But it was not Werder Bremen who bought him it was Bayern Munich who bought him. Because six months, a year later, he moved from Bremen to Bayern but it was a done deal before.

“It was the end of his contract and we thought he would stay.”

Wenger handed ​Gnabry his debut in 2012, but he went on to make only 10 league appearances for the Gunners, as his path to the first team became severely restricted. The ​Arsenal boss offered the German international the chance to prove himself at Premier League level with West Brom, but he struggled to find any form, and his loan was cut short. “I gave him to West Brom and it didn’t work at all. Because he didn’t play at West Brom I let him go with the Under-21s in the summer, the national side, and he did very well. He was refreshed and we had prepared him."

Wenger was full of praise for Gnabry on Tuesday, as his two goals helped Bayern Munich overcome ​Chelsea at Stamford Bridge, in a comfortable 3-0 win for the Bundesliga champions.

But the forward's former coach also criticised the ​Bayern star for his attitude and mentality, and he claimed that Gnabry 'looks for the easy way in football, and that is a problem'.

“This guy has no limitations. It is more how much he wants to suffer," Wenger added. "He has pace, power and technical ability and sometimes he looks for the easy way in football and that was his problem."

Der FCB have one foot in the Champions League quarter-finals after their demolition of the Blues, and the German giants will be hoping to lift the European trophy for the first time since 2013.