It has been a good week to be a Bayern Munich fan. The German outfit swept aside Chelsea in the Champions League on Tuesday night, and the following morning they revealed this beauty of a kit to celebrate the club's 120-year anniversary. 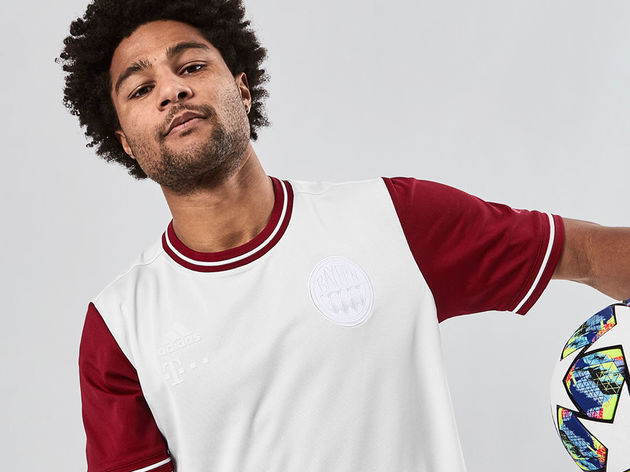 The new jersey represents a modern interpretation of one of the most significant jerseys from the club’s illustrious history. The jersey features a classic, striking burgundy collar and sleeve combination set against a crystal-white base for maximum It seems fresh is the word of the day for Bayern, with the team fresh from their 3-0 demolition of Lampard's Chelsea at Stamford Bridge before dropping this fresh strip. The Bavarian giants could well be on their way back to the top of the European charts following years of domestic success that have been tempered by failures on continental club football's biggest stage. The club continue to compete on three fronts this season as they chase an unprecedented treble under caretaker boss Hansi Flick.

The jersey can be picked up online at adidas.com, fcbayern.com from 27 February, and will be worn for the first and only time on-pitch by Bayern during the club’s home fixture with Augsburg on 8th March.